A second complaint in the space of a week involving Australian sheep and allegations of non-compliance of Exporter Supply Chain Assurance System  requirements (ESCAS) in the Middle East is being investigated by the Department of Agriculture Water and the Environment.

Following of alleged ESCAS non-compliance involving Australian sheep in Jordan that surfaced last week, a new complaint has been formally lodged by an animal rights group with the regulator this week involving the alleged sale of Australian sheep for private slaughter outside an approved supply chain in the United Arab Emirates.

Animals Australia said its investigators documented the sale of Australian sheep to private buyers, to be taken for private slaughter from the Dubai Livestock Market.

Click here to see footage of the sheep being loaded into a vehicle. https://vimeo.com/581022181. Still images from the footage appear below. The animal rights group has formally complained to the DAWE and a department spokesperson has confirmed that the exporter concerned has been notified and an investigation commenced.

The DAWE spokesperson said all livestock must be slaughtered within abattoirs approved under the Exporter Supply Chain Assurance System.

“The department investigates all allegations of livestock leaking from ESCAS supply chains.”

Animals Australia has alleged that a Dubai livestock seller loaded sold Australian sheep onto the seller’s utility to create the impression that the sheep were being transported to the adjoining slaughterhouse.

It said the utility then pulled over en route to the slaughterhouse and the Australian sheep were then trussed and handed to private buyers to take to their vehicles (including boots of vehicles) for private slaughter, Animals Australia has claimed. The temperature at this location during the witnessing of this evidence was 41 degrees Celsius, the animal rights body told Sheep Central

“This is the largest livestock market in the UAE and an obvious site that should be monitored for ESCAS compliance.

“This situation in Dubai shows how fragile ESCAS is and why any chance of compliance is dependent on diligent oversight and significant penalties for breaches,” she said.

“It is deeply distressing to once again see Australian exported sheep being trussed and going into car boots in 41 degree temperatures.

“This is exactly why confidence cannot be expressed in ESCAS as on any given day, in any country, breaches can be – and are – occurring undetected.”

“All exporters and importers are aware that the Eid festival period increases the number of sheep movements in support of the higher demand during this significant cultural event,” the RETWA statement said.

“Every year specific Eid management plans are prepared, always reinforcing that the requirements under ESCAS for Australian animals must be upheld. RETWA is extremely disappointed with the notice that a non-compliance incident has occurred. We have commenced an investigation and will continue to provide all information to DAWE.

“Any reported ESCAS non-compliance within the supply chain is immediately investigated by exporters, importers and DAWE with all stakeholders working to understand what and how it occurred and to implement corrective action and management practices to avoid further non compliances.”

“Australian exporters have been supplying sheep to the Middle East for nearly 50 years. Australian sheep consignments are critical for food security, and due to this our protocols and management practices are well respected and valued in the region.

“RETWA and our importers in the Middle East are committed to ESCAS compliance and have invested significantly in our markets, to make continual improvement and achieve good animal welfare outcomes for Australian (and local) livestock .

“We are diligent and proactive in the effort and investment we make in our markets to achieve and exceed ESCAS standards. We will continue to invest in and develop our supply chains to deliver animal welfare outcomes that meet Australian expectations and standards, as well as provide much needed food security for the UAE.” 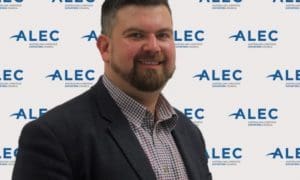 He said ALEC was in contact with the department and would continue to assist with the investigation.

RETWA, the importers, and in market teams were also verifying how any breaches could have occurred to ascertain the facts, he said.

“It is not appropriate treatment of Australian sheep. The investigation should include how the footage was obtained and the circumstances of how the leakage occurred,” Mr Harvey-Sutton said.