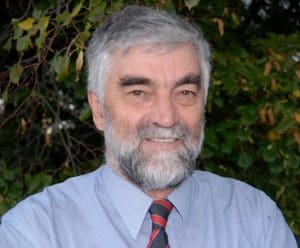 AUSTRALIAN Wool Innovation’s governance must be “as good as possible” to ensure the levy-funded body’s value to the wool industry is not jeopardised, according to former Sheepmeat Council of Australia chief executive officer and councillor Ron Cullen.

Mr Cullen has been appointed by Minister for Agriculture and Water Resources David Littleproud to be the independent member on an AWI Review administrative committee.

“AWI has done a lot of good for the wool industry and the rural (research and) development corporation model has done a lot for agriculture,” Mr Cullen said.

“It is important that we ensure the governance within that organisation (AWI) is as good as possible, because it is a bloody fantastic thing for industry and we don’t want to jeopardise that in any way whatsoever.

“Let’s make sure all of those things that are underpinning the correct expenditure of both taxpayers’ and farmers’ dollars are done as well as possible,” he said.

“The administrative committee, which also contains representatives from the Department of Agriculture and AWI, will be responsible for managing review timeframes and providing guidance and support to the independent reviewer on industry engagement.

“The actual review will be carried out by EY, guided by the Terms of Reference,” Mr Littleproud said.

The other members of the administrative committee have not been released by the government.

“If this review is to be considered truly independent, WoolProducers urges that it is done in a completely impartial manner in order to enable an arm’s length critique of AWI’s operations.’

‘WoolProducers initially expressed concerns over the independence of this review after the release of the Terms of Reference and lobbied the Minister to include an independent representative on this committee – we are pleased that this has now happened,’ she said.

Mr Cullen believed he was selected for his skillset, industry and government experience, and ability to contribute to the review process.

He is currently the chair of the National Farmers Federation’s Biosecurity Taskforce and a NSW Farmers executive councillor – special qualifications. He was also part of the SCA representative board prior to the body’s transition to becoming Sheep Producers Australia. Mr Cullen has also been a bureaucrat within the former Department of Agriculture, Fisheries and Forestry, working on RDCs, levy collection and disbursement and relevant legislation. He is a graduate of the Australian Institute of Company Directors.

“My job is to sit there and listen and add value as best I can.

“My job is to assist and make sure the review is transparent, it is open, and hopefully looks at the sort of things around governance that are important to industry for levy payers.”

Mr Cullen said anybody who is interested in the review ought to make sure they make a contribution.

The review is expected to be completed by July this year, with the findings made available before WoolPoll 2018 — the AWI shareholder vote on levy options — begins on September 17.

EY will shortly call for written submissions and meet with a range of interested stakeholders, including wool grower representative organisations. Stakeholders can register their interest in being consulted by emailing [email protected]

The terms of reference for the AWI review of performance and governance can be found here.