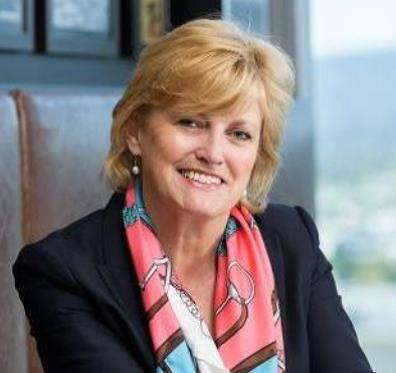 WOMEN in Australia’s wool industry have been urged to challenge any unacceptable behaviour in their industry by the Australian Wool Exchange chair Robyn Clubb.

At a time when the behaviour of men toward women is under increased focus, especially in the nation’s parliament, at the Women in Wool forum last week Ms Clubb shared her thoughts on challenging inequality, bias and stereotypes.

And young New South Wales farmer Kate McBride told the Zoom forum participants it was an incredible time for young women to be involved in agriculture and to be heard with the help of mentors like Ms Clubb.

“And I’m not just saying within our industry,” Ms Clubb said.

Ms Clubb said over the years she had experienced and observed things that she didn’t think were acceptable “and we do need to call them out.”

“You might be forgiven to think that we’ve made great progress in terms of equality for women, but the events of this week have been pretty disturbing and very sobering, and I refer in particular to what’s happened in Parliament House over the last couple of years.

“I find that quite depressing that after all the supposed progression we’ve made in women’s rights and equality, and to think that the women that have fought over many years, there seems to be this still pervasive …. appalling treatment of women in some quarters.

“And it seems to be once again it’s where this physical strength seems to give certain people the licence for physical abuse.”

Ms Clubb said gave accolades to Australian of the Year Grace Tame for challenging the status quo in her National Press Club presentation.

“And I think people like Brittany Higgins who have been incredibly brave and who risked a lot to stand up and seek justice for their appalling treatment.”

“I know its sobering and I know today is all about recognising achievement, but it’s also recognising what we haven’t done yet or what’s still out there that’s still not acceptable.”

Ms Clubb gave her encouragement to challenge with a word of caution.

“Because I think it is about how you challenge and this has happened to me, you get to the stage where the cultural environment is so opposite to what your values and beliefs are, that you have to have the courage to either challenge it or walk away from it.

“It takes courage to walk away as well, because it can impact on your career and potentially your reputation, but at the end of the day it is about self-preservation and it is about living to fight another day,” she said.

“And as an old war horse that I am, because I am significantly older than a lot of you here today, I do sometimes choose to say ‘OK this is a culture or an environment that is not something I can live with or accept.”

Ms Clubb said her love for wool started when growing up on a Merino sheep and beef cattle property near Cooma in south-east New South Wales where family members still farm.

“I think that once you have that ingrained love for a beautiful product from a beautiful animal you never lose that.”

She said her work in financial services for more than 20 years had given her great skills and knowledge, but she drifted back to agribusiness and not-for-profits such as AWEX.

Ms Clubb said her career had been “long and a winding and a somewhat unplanned and quite opportunistic”, but she had focussed on things she liked and people she liked and respected. People in the wool industry had great passion and values who had persisted through hard times and it was wonderful to see those traits being handed in the other speakers at the forum like Leroy Mc Designs’ Rebecca McErvale and Truth About Wool campaign creator Chantel McAlister, she said.

Deliberate move from executive to board roles

Before undertaking non-executive director roles, Ms Clubb had more than 20 years executive experience in banking and financial services, including with Citibank and AMP. She was a former chair of the NSW Primary Industries Ministerial Council, and the Rice Marketing Board for the State of NSW.

Ms Clubb said her move from executive roles to the board room was deliberate, to allow her to use her knowledge and experience to oversee the direction of other businesses. She is a non-executive director of Essential Energy, the Craig Mostyn Group, Elders Ltd and chair of the national chicken meat business ProTen, owned by Aware Super.

“It’s really fascinating to the development of superannuation funds investing in agriculture and the standards they expect in terms of animal welfare, treatment of people, environmental standards et cetera …

“That’s something that particularly appeals to me, is an interest to me is this whole emerging interest and focus on responsible practices and making sure that animals, people, land are all treated very well.”

Ms Clubb has been a Royal Agricultural Society of NSW councillor since 1993 and serves on the sheep and wool committee with former Australian Wool Innovation chief executive Brenda McGahan.

“I was the first woman on the council which was pretty daunting, but we now have 18-19 women, so we’re very well represented, but that’s just been fantastic because it is all about promotion of excellence in agriculture.

“There are some great opportunities to be involved in the wool industry in different ways other than just working in the industry as well, so I encourage you to think about that,” she said.

“There is an opportunity for us (women) to rally and to support each other, and I really encourage you to do that.” 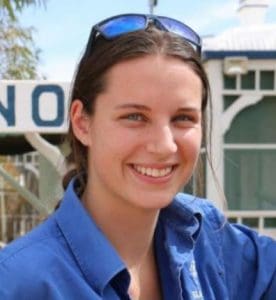 Fifth generation farmer Kate McBride from Tolarno Station, New South Wales said she appreciated the path that Ms Clubb had provided for other women to follow and benefit from. Kate said she had undertaken many challenges in agriculture recently, including over water issues, standing up to politicians and becoming a spokesperson on drought issues. She recently appointed a member of the 2021 WoolPoll Panel, has been active as a Healthy River Ambassador with strong views on water management and in 2017 was elected by fellow landholders as the youngest member of the Western Local Land Services Board.

“We really need young people to get involved and be heard.”

She said it was incredible time to be a young woman in the male-dominated agricultural industry.

“What we do need in going forward though, is women supporting women, and that’s getting networks like this, that’s speaking to each other, that’s being involved in peoples’ lives,” Kate said.

She said it was also important to follow each other on social media, keeping up to date with people and being available to chat and offer advice.

“I really encourage people to get into contact (with each other),” Kate said.

“It is such an important time for young women to stand up and be heard, not just because we are rightly still under-represented, but because we have some damn important things to say.

“And we need the perspective, it has been shown, on boards, that have women, they’re actually more productive,” she said.

“So now is our time to stand up, work together, let’s keep doing events like this and not just once a year.

“It’s just such an incredible time to be involved in ag and I think, more importantly wool.”

The presentations of the Women in Wool event on March 5 are now available via the following link http://www.woolindustries.org/IWDWIW.htm