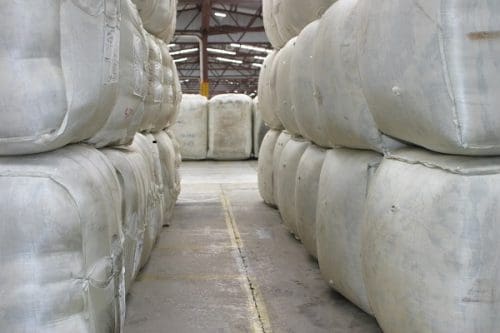 The Australian Wool Exchange said the market recorded an overall increase for the third consecutive week as the AWEX Eastern Market Indicator added 23 cents for the series to close at A1343c/kg clean.

“This was the largest weekly rise in the EMI since Week 44.

“This was the highest the point of the EMI this season, narrowly beating the previous high of 1242 cents reached in April,” AWEX said.

AWEX said although the largest price improvements were again seen in the finer Merino fleece types, nearly all sectors of the market enjoyed rises this week.

“Strong widespread competition for Merino fleece types helped the market higher, and the prices being achieved continued to improve as the sale progressed.

AWEX said all the indicators in the western region, which sold last, closed at or above those in the east.

“By the end of the series the individual Micron Price Guides (MPGs) across the country added between 6 and 63 cents, the only exception was 20/21 micron in the north which posted small losses.”

“Prices generally rose by 40 to 80 cents, lower vegetable matter wools and those finer than 18 micron were most affected.”

The Merino carding indicators (MC) recorded increases in all three centres for the first time since April, as solid demand for oddment types pushed the MCs up by an average of 11 cents, AWEX said.

Australian Wool Innovation trade consultant Scott Carmody said a combination of steady demand from China and a reinvigoration of Indian and European buying provided the impetus.

“This is the third consecutive week the market has headed in a positive direction.

“Additional assistance arose from the stable forex rates in the major trading currencies against the Australian dollar and upcoming auction volumes in decline.”

“Higher vegetable matter (VM) sale lots in the Merino sector were readily absorbed into buyer orders, particularly for those lots finer than 20 micron.

“Discounts for usually inferior-priced lots such as low tensile strength (nkt), low yield or higher position of break in middle (pobM) were vastly reduced as buyers scrambled for “anything cheaper”,” he said.

“The price gaps for Merino wool finer than 20 micron are substantial this week, with the 18 to 20 micron differential sitting at around 32 cents per point of a micron or over 320 cents for a full micron.

“Finer than 18 micron is even greater at around 400 cents for a whole micron difference,” Mr Carmody said.

Mr Carmody said the strength of top maker buying improved again this week as they took on the local Australian traders to garner more inventory.

“Both Chinese and European manufacturers exerted more influence upon both the Merino and crossbred sectors, while the local Australian processors appeared at the top of carding buyers lists alongside traders.”

AWEX said there will be no sales in Fremantle next week, as a result the national offering reduces. There are currently 38,674 bales on offer, with only Sydney and Melbourne in operation.