IT was another turbulent week at the spot auction and forward wool markets this week, with the constant volatility highlighting the value of having hedge limits in place.

Prior to the auction opening the 19 micron index traded at a premium of 50 cents out to May 2021 heralding a strong opening. The price surge Tuesday saw 19 micron trade up to 1420 cents for maturities in November and January.

The auctions Wednesday lost momentum with the Merinos wools, giving back around a third of their 100 cent-plus gains.  However, it was still a very positive outcome for the week, particularly for the crossbreds. The 28 micron index’s rise of 150 cents and the 100-cent lift in the 30 micron index has crossbred growers now looking for hedges into the late Spring through to the early New Year.

Forward action continued for the 21 micron index on Thursday. In January, it traded at 1180 cents. This was discounted to the closing spot market, but well above the prevailing levels of the past month.

Indicative levels on Merino indexes are a little hard to gauge, with volatility king. Most Merino qualities have risen more than 50 cents a day for the last four consecutive trading days. Bid offer spreads will remain wide until consolidation of the true levels from offshore. 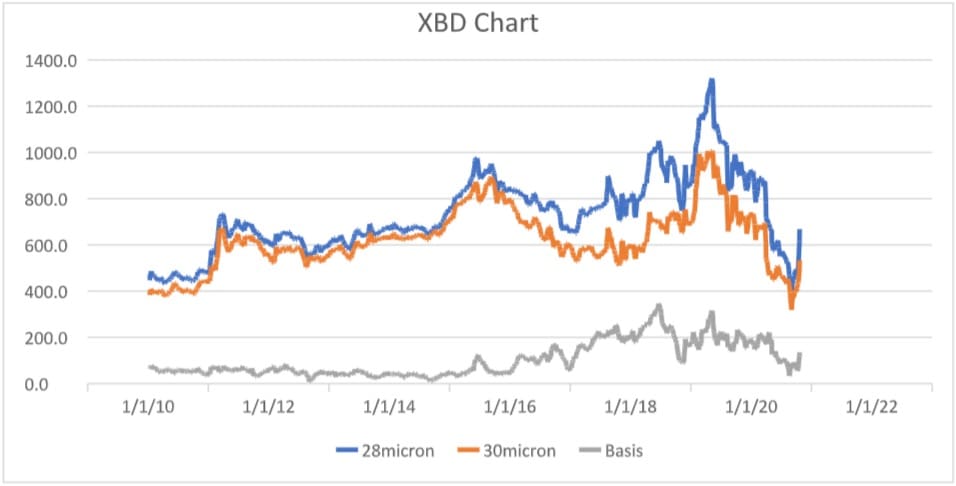