THE wool forward market could provide no solace for buyers nor sellers this week.

The rate of decline in the spot market has left sellers out of range and buyers unable to establish an offshore basis.

This week’s market fall is the largest since the cessation of the floor price in 1991. Volatility has reached new highs creating a difficult environment for all along the chain. 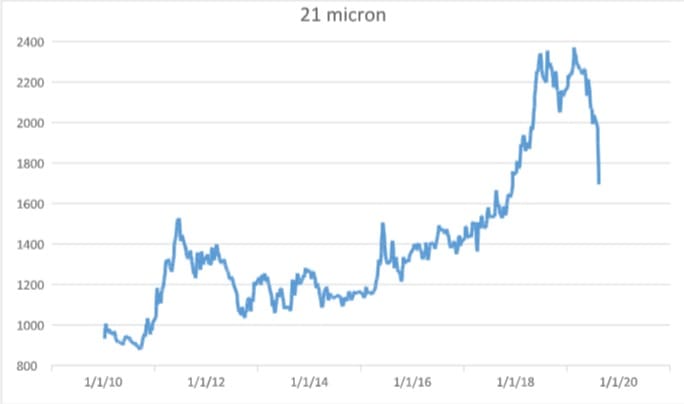 Next week’s levels will again rely on the offshore reaction to this week’s decline. Modest sales have been reported and hopefully the rate of decline will ease and a base can be formed.

Early indications were there into the close of auctions Thursday, with crossbreds and cardings steadying and a little better tone in the Merinos. Unfortunately, that optimism has not translated into the forward markets, with no bidding activity evident.

With no forward index trades recorded this week, it is difficult to speculate on levels that could spark exporter and processor interest. Risk factors are high within the wool landscape and the general global commodity environment. This would suggest that the levels will be conservative until some positive news filters through. Spring/Summer levels are unlikely to be above 1700 cents for 19 micron and 1600 cents for 21 micron in the short-term.