Mr Macdonald is also an Australian Wool Innovation director and said the Australian wool industry is facing a wool harvesting crisis “like never before.”

“It is a labour and a skill shortage crisis and the shearing is right at the pointy end of it.”

State and international border closures have exacerbated the shearer shortage recently, and producers have managed to produce a second year of positive lamb marking figures,” he said.

“The shearing contractors are at their wits’ end, and there are contractors who are saying this all too hard, I’ll go back on the stand and just shear.

Mr Macdonald said there has been an increase in exclusion fencing in Queensland, with the help of government and AWI resources, to exclude wild dogs and enable people to re-enter the sheep industry.

“And guess what, they are now finding there are no contractors up there, they can’t get their sheep shorn.

“So whether it is goats, Dorpers or cattle, take your pick, we (the wool industry) is really under threat,” he said.

As a broker, Mr Macdonald said he had significant clients concerned about being stood over by a minority of shearers demanding higher rates for shearing due to the shearer shortage.

“People feel like they are being held to ransom.

“I’m starting to see a bit of animosity creep back into the relationship (between shearers and growers).”

Mr Macdonald said the current crisis is why AWI has levy reserves.

“This where we have to use those reserves to try and fix this problem.

“We can do all the fancy marketing, and research and development in all sorts of areas down the pipeline, but it ain’t worth a crumpet if we can’t get the wool off their back,” he said.

But Mr Macdonald said all sheep industry levy sources and their funded bodies – including MLA and Animal Health Australia — needed to be involved, because of the issue’s ramifications for wool and meat, and for animal welfare.

“Wherever levies are paid by growers are fair game for this.”

Mr Macdonald said the latest Meat & Livestock Australia/AWI survey showed there is a trend away from wool sheep.

“That trend is just going to accelerate if we can’t get sheep shorn.

”Now with an eight-stand shed with three shearers working and it is dragging on into five months, and the fun has gone out of it,” he said.

“He has a property in the Riverina that was down to two shearers and the wool classer had to get on and do a few (sheep).”

Mr Macdonald said the contractors are being forced to drop clients with the tough-shearing sheep, those with crutching jobs or the “slow payers.”

He said the shearer shortage, compounded by the COVID pandemic and flystrike issues, would drive people out of wool production faster than any other issue the industry was facing.

Mr Macdonald said the industry needed to look at a number of measures, including labour and visa scheme to bring in overseas workers and more training.

“But these are short-term measures, until we find something else – that’s what we have to go looking at.

“That’s why we have those significant (AWI) reserves – to find that silver bullet that makes a tangible difference to wool growers being able to get their wool harvested,” he said.

This could be options like revisiting chemical defleecing, Mr Macdonald said.

“We’ve got to do something and surely with the level of reserves we have, this is the time to put the money on the table.”

He said the industry had to have a mindset of ‘we have to do this’ rather than focus on the barriers.

“We need to go to whoever we have to partner with, it could be DFAT or your local members.

“This is not going to be solved by one group within the industry; it has to be solved by the industry using all the help it can get, whether it is National Farmers Federation, the government of the day, Department of Foreign Affairs and Trade, they all have to come together on this one.”

Shearing Contractor Association of Australia secretary Jason Letchford endorsed Mr Macdonald’s comments.
“He has hit the nail on the head.
“The industry is at a crossroad where regardless how good the margins are in sheep, farmers are being forced to look at less profitable alternatives,” he said.
“Further to this, it’s worth reiterating his point – there is currently no silver bullet solution and we need to attack the shortage from all angles: increasing both domestic and international supply of workers, removing barriers to upskilling international workers, improving pathways to training school leavers and other new entrants.
“As Don said, the crisis will only be resolved if we use all available resources now.
“In terms of using wool levy  reserves – the ‘rainy-day’ has well and truly arrived.”

Industry is in a ‘state of emergency’ – Woods 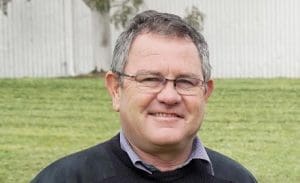 “It is state of emergency, it is so hard to procure shearing teams.

“There are guys on the Monaro who have been waiting for shearers since November and they have been through this wettest Summer on record trying to keep flies out of sheep,” she said.

“It doesn’t augur well for keeping people in the game.”

He said there reports of shearer shortages in every state, with shearing contractors unable to get sufficient workers.

Mr Woods said crossbred flocks have been some of the worst-affected by flystrike this Summer, with shorn crossbred sheep getting struck on the shoulder.

“No-one is immune from this, these are troubling times.”

“It is a shortage of humans, there are just not enough shearers to shear the sheep.”