AUSTRALIAN Wool innovation has bowed to industry and government pressure to recommend a 10-year limit on director terms.

And the AWI chair, Colette Garnsey, will retire this year, potentially leaving an opening for at least one new director on the seven-member board.

About 2.5 years after the 2018 Review of Performance recommended a 10-year limit on AWI director terms, the levy-funded wool research, development and marketing company has agreed to put the issue to a shareholder vote, backed by chair proxy support.

Under grower body pressure, AWI last year enshrined in its charter that the AWI chair’s term be capped at eight years, but the 10-year director tenure remained one of three unresolved recommendations from the 2018 Review of Performance. The others relate to cultural change (1.14.5) and developing a 10-year wool strategy (1.3.4).

The 2018 EY Review recommended that AWI: “Implement maximum periods of board membership, including the board chair. We recommend ten years. We also recommend a minimum roll-off period of two years (period of time directors must remain off the board before standing for re-election).”

The surprise announcement that AWI shareholders will have the opportunity to vote on changes to the AWI Constitution to limit director tenure to 10 years came today with the announcement of Ms Garnsey’s retirement at the 2021 annual general meeting.

AWI said a motion that would impose a 10-year limit on the length of director terms on the AWI board will be put to shareholders at the AGM in November, where it will require the support of 75 percent of shareholders to be successful.

AWI said the Ms Garnsey’s proxy votes will be directed to supporting the motion and if it is successful it will take effect after the AGM.

If approved by shareholders, the 10-year limit on director terms would be in place concurrently with the eight-year chair term, an AWI spokesman said.

Ms Garnsey said directors resolved to support the change at the board meeting in early March.

AWI did not state why the 10-year resolution was being put to shareholders now; however, AWI has been under significant industry and government pressure to implement all 82 recommendations of the 2018 review. The company this year will also be subject to another review of performance and shareholders will vote on the levy percentage they pay to AWI for the next three years. 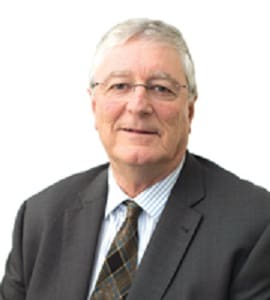 “I relish my role as an AWI director and will continue to work hard for Australian wool growers as long as I remain on the board.

“But under the ongoing board renewal process, this year’s AGM will be the right time for me to stand down as a director and as chairman,” she said.

AWI also said David Webster, a director since 2008 and re-elected at the 2019 AGM, has confirmed he will not be standing for re-election at the 2023 AGM, when his current term expires.

Four directors are up for rotation

AWI currently has seven directors and an AWI spokesman today confirmed that four directors are up for rotation this year – Colette Garnsey, Don Macdonald, James Morgan and Jock Laurie.

Australian Wool Innovation’s Constitution says that at every annual general meeting held in a rotation year, one-third of the directors (other than a managing director under Rule 15.2), or if the number of directors is not a multiple of three, then the number nearest to but not less than one-third, must retire from office.

The AWI spokesman confirmed that with the retirement of Ms Garnsey, this meant that only two of the other three rotating directors would need to stand for re-election, with one of the three being able to go on to serve a six-year term.

Sheep Central believes this would potentially leave an opening for at least one new director on the board at the 2021 election, assuming that the other two rotating directors, if they restand, are returned. The AWI spokesman said the board hasn’t considered which other directors outside of Ms Garnsey will stand in 2021 election.

“That decision will be made by the board in the coming months.”