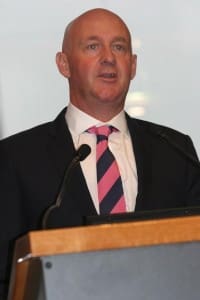 AUSTRALIA’S wool marketing, research and development body has been criticised for ignoring a national grower call for a 1.5pc option in the WoolPoll 2015 options.

WPA said the omission of 1.5pc as an option did not provide growers with an opportunity at an incremental decrease in compulsory levies paid. The levy options put forward left growers with the option of only a 50pc or 100pc decrease on the current 2pc levy.

The WoolPoll process is overseen by an appointed panel of representatives from grower groups as part of the Wool Services Privatisation (Wool Levy Poll) Regulations. However, any decisions made by a WoolPoll panel are at the discretion of the AWI board, WPA said.

“We know that other groups put forward options and included 1.5pc as it is a reasonable alternative that enables growers the opportunity to reduce the amount of levies paid without having to make the drastic decision to halve the current amount going towards research, development and marketing.

“So it is disappointing that growers were not given this choice,” Mr Storey said.

‘The board may have very sound reasons to not include 1.5pc, but if that is the case what is the point of convening a Panel and having the expense of bringing this group together for numerous face-to-face meetings when their preferences can ultimately be ignored, particularly when the levy options put forward have remained the same for the past four WoolPolls?”

Whilst very supportive of the process that allows wool growers to vote on such an important decision, the questions around transparency of the process need to be asked – particularly when, according to AWI the cost to growers to conduct the WoolPoll is $1.4 million, Mr Storey said.

AWGA director Chick Olsson confirmed that AWGA proposed a 1.5pc option, but he believed the lack of a strong grower support for a lower levy reflected the diversification of many woolgrowers into sheepmeat production.

“What did someone say to me the other day ‘It’s just like another tax, you’ve just got to put up with it’.”

But Mr Olsson said AWI had ignored the wishes of growers by omitting a 1.5pc levy option.

“It’s just like the fox in charge of the chicken house, isn’t it?”

He said a 1.5pc option if successful might have made AWI more accountable.

“It would just bring them into the 21st century and make them a bit more careful about what they are doing.

“That’s all it was, we didn’t want to get rid of them, we just thought they should be careful like all of us.”

At the official WoolPoll 2015 launch in Melbourne, AWI chief executive officer Stuart McCullough said AWI would be seeking reinstatement of the current 2pc to continue the grower benefit on a scale equal or better than had been achieved.

An independent review required as part of each WoolPoll has shown AWI’s programs and activities generated a $2.90 aggregate return for every dollar of woolgrowers’ funds spent.

The Deloitte review found the company’s research, development and extension activities had created cost savings and/or productivity gains through on-farm and off-farm programs. It also said AWI’s investment in marketing and promotional activities had heightened market demand and contributed to an increase in wool prices.

At the WoolPoll2015 launch, Gippsland wool grower and WoolProducers independent director Steve Harrison told Mr McCullough there had been a “big push” among growers for the 1.5pc option and asked why it was not one of the five options recommended by AWI.

Mr McCullough said looking at AWI’s balance sheet and its three-year modelling and forecasting, and the need to maximise the Federal Government’s matching fund with a 2pc levy, the AWI board saw no need to “ratchet back” the current rate.

“It’s a nice thing to say OK, everyone is doing it tough so we will wind you back a bit too,” he said.

“But a decision has be made, and it is made by the board (directors) because they are the only ones who have access to the balance sheet and access to our projections.”

The government’s unique R&D contribution capped at 0.5pc of GDP amounted to about $13 million a year, but if the levy was dropped below 2pc, this would not be optimised.

“And once that is removed — or the government takes away money or you withdraw from it – it is highly unlikely that you are going to get it back.”

Mr McCullough said the AWI board believed consumer confidence is “not going to be great” for the next three years”.

“Now is the right time to ratchet up marketing, not ratchet down marketing – certainly that played into the recommendations.”

See the Rural Press Club of Victoria video of the WoolPoll 2015 launch with Mr Cullough and WoolPoll panel chairman Will Roberts below.