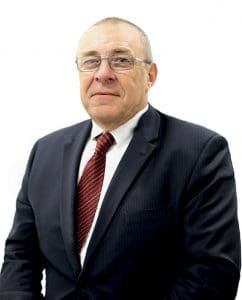 AUSTRALIAN Wool Innovation chair Jock Laurie has reiterated AWI’s support for a 2 percent levy as he announced voting in the 2021 WoolPoll ballot would begin next week.

However, the AWI preference for raising the current 1.5pc levy to 2pc is opposed by the main grower bodies – peak body WoolProducers Australia and the Australian Wool Growers Association – which want the current rate maintained.

The main national Merino breeding bodies – the Australian Association of Stud Merino Breeders Limited and the Australian Superfine Wool Growers Association – have opted not to recommend a specific levy rate, although some breeders support increasing the levy.

ASWGA president Mark Waters said the association would not recommend its members vote for a specific levy amount.

AASMB president Max Wilson said the body was fully in favour of anybody voicing their opinion on the levy.

“But as a stud breeder organisation, our members cover the whole spectrum, so I don’t think it is our position to go out and tell everybody what they should be thinking.

“State to state everybody is a bit different, they should be all the same, but it is not our position to tell our breeders how they should be voting – all we can do is tell them to vote,” he said.

“I personally believe it should be 2 percent.”

But he said the range of opinions ranged from support for a zero levy up to 3pc. He said the association supported AWI being able to voice its levy preference.

“They are the ones doing to number crunching and I fully believe that they should be able to promote a position.”

Victorian Merino breeder Robert Harding said he supported the levy being increased, even up to 2.5pc, and he believed 80pc of Merino breeders nationally shared his opinion.

“I’m sure they would support at least 2pc anyhow.”

He didn’t expect the state or national breeder bodies to declare a levy preference.

“Since Wally took over and what they’ve done as been absolutely fantastic.

“The only thing that is hampering them is the lack of money.”

Mr Harding said it was irresponsible for WoolProducers to promote the current 1.5pc levy.

“We’ve got to get the price of wool up and there are a lot of costs in marketing and promoting wool, and encouraging the creation of new fabrics.”

Mr Laurie said it is absolutely crucial that wool is front of mind of consumers when they return to buying clothes.

“Lower levy, lower volume and lower prices for wool has meant AWI has undergone fundamental change including a reduction in staff of 35 percent.

“A lot has changed over the last three years since the levy was lowered from 2pc to 1.5pc including the latest Review of Performance which found “notable improvement” in AWI’s operations,” he said.

Mr Laurie said another three years of a wool levy below 2pc will be a hand brake on AWI’s capacity to work for growers. He listed key aspects of this as:

“It is the right time to invest more in our industry to secure a stronger future especially given the financial challenges As an organisation we value every single dollar we receive from growers to act on their behalf,” Mr Laurie said.

Voting for WoolPoll is open from September 13 until November 5.

There are five levy rate options for growers to consider. They are 0pc, 1pc, 1.5pc, 2pc and 2.5pc. Growers need to number at least one box to cast an eligible vote. Voting can be done online, by mail, email or via fax.