WOOL grower bodies have described the latest review of performance of Australian Wool Innovation as “soft” and “very positive” for the levy-funded research, development and marketing body.

“At this stage WoolProducers doesn’t have a lot to say on the report, but note two points that stand out.”

“AWI has already invested well over $6 million of wool growers’ money into WoolQ/WEP and as stated by the ROP it has not been adopted by any sector of the industry.

“By this stage, it is well past any stop/go analysis,” she said.

“WoolProducers original policy regarding the WEP set in 2015 still rings true, that we supported further investigation of the WEP concept, on the proviso that there is a guaranteed commitment from other supply-chain partners to utilise the WEP before significant grower levies were expended – we didn’t need an independent reviewer to tell us this.

“Secondly, it is interesting to note that according to the ROP, that the organisation and board culture has improved within AWI, given that Minister (for Agriculture) David Littleproud, as the representative of the single largest financial contributor to AWI, has recently stated that he thinks there’s a lot of cultural issues that can be rectified and his general disappointment that AWI is still polarising industry,” she said.

Accenture found that AWI is meeting its requirements for governance, collaboration and research, development and extension, but could improve its stakeholder engagement, consultation and strategic focus.

The professional services firm also found that given the significant challenges to AWI in the past three years – lower wool prices, China’s market dominance, COVID-19 interruptions to marketing activities, responding to the last review, a budget reduction and industry division — AWI has shown notable improvement in its performance.

“Overall, results from activities, surveys of levy payers and interviews with AWI staff suggest that despite the difficult backdrop, AWI’s performance has been appropriate.”

The reviewers listed AWI’s key achievements as responding to its last review of performance, strengthening its marketing campaigns and managing through COVID-19 and improving its organisational culture.

“Board and organisational culture is much improved: more positive, constructive and collaborative,” the reviewers reported.

AWI has welcomed the Accenture review’s finding that “AWI’s performance has been appropriate” and the company “has shown notable improvement.” The levy-funded research, development and marketing body has said it fully accepts the review’s 14 recommendations, has already completed four and will complete the others as soon as is practical.

“It takes the middle road.

“Its questioning was very structured so that participants weren’t forced to give a definitive yes or no – so you get this huge amorphous mass in the middle which says ‘maybe,’” he said.

“This doesn’t give a clear definitive picture of what’s really happening.”

Mr Ingram said the important role of the WICP is highlighted in the review report.

“But what is not highlighted is that the WICP relies on just seven people and those seven people are not resourced in any way whatsoever.”

He said WICP members get paid $500 a day when the panel meets, but there is a huge amount of work that is done outside of meeting.

Mr Ingram said AWGA has tried to get the resourcing issue resolved, but had not been supported by other panel members, and this was not mentioned in the review report.

“The WICP is seen as an important communication channel to wool producers, but its resourcing and support is four fifths of five eights of nothing.”

Mr Ingram said he was pleased to see the review recommending the leveraging of the Wool 2030 Strategy to align AWI’s RD&E focus to industry strategic priorities. He said the WICP had asked AWI to regularly report on progress on the six most important strategic priorities in Wool 2030.

The review found that most stakeholders interviewed believe AWI board culture has improved in the 2019-2021 period, although levy payer perception of board culture is still quite negative, which combined with the tone of the review report indicated, Mr Ingram said, “AWI is able to get by these reviews while continuing on with its past behaviour.”

“They (Accenture) have not delivered.” 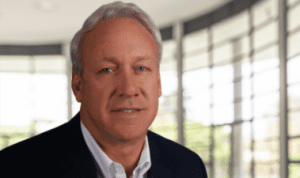 However, NSW wool grower and AWGA director Chick Olsson also drew attention to recent comments by Minister for Agriculture David Littleproud last week that there were “a lot of cultural issues that can be rectified to make sure AWI performs a lot better.”

Mr Olsson said he had “no doubt” there was agri-political interference in his nomination process in 2019 and Senate inquiries had led to a new call for Australian National Audit Office audit of AWI.

He said AWI directors and chief executive officer Stuart McCullough are called before the Senate repeatedly over governance issues and former chair Colette Garnsey has refused to appear to give evidence.

“I think everyone would believe there has to be an urgent cultural change for AWI to have any validity in the future.”

Mr OIsson said Accenture’s levy payer survey results — that 57pc of stakeholders believed industry division or agri-politics was a high or very risk, 44pc believed a board role is agri-political and 39pc perceive the board’s culture is not open or constructive – contradicted the reviewer’s assessment that there was “no evidence of agri-political activity” at AWI.

Mr Olsson said most growers are frustrated by AWI and “just given up,” but he felt there was “still hope to turn things around”.

The full Accenture review report can be found here.