AWGA chairman Robert McBride: AWGA will continue to be an independent voice for wool growers.

RECENT additions to the board of the Australian Wool Growers Association were made to broaden its director representation and diversity, according to chairman Robert McBride.

In the past two months, the AWGA board has appointed its first female director, communications and policy consultant and livestock contracting business partner Angela Byron, along with NSW wool grower Paul Cocking and South Australian grower and fashion designer Emily Riggs.

However, with Australian Wool Innovation and the peak grower body WoolProducers Australia also organising board elections, the AWGA director appointment process and the body’s membership has been questioned.

When WoolProducers Australia this week opened nominations for three board positions, president Ed Storey said WPA is the only representative group in the Australian wool industry that represents all wool growers, “unlike other groups who only represent certain sectors of the industry or have vested agendas and no accountability.”

“AWGA may claim to represent wool growers, but no one is really clear on who they represent or even how many AWGA members actually exist as they refuse to even provide membership numbers and their recent director appointment process also lacks clarity.”

He said WoolProducers, on the other hand, “undisputedly represents the single largest body of wool growers through our State Farming Organisation network, has sound governance procedures and policy setting frameworks, and shows leadership and collaboration through its Animal Health and Welfare Advisory Committee, which brings most of these groups together for industry good.”

“No other wool grower body can legitimately claim that,” he said.

“As a member of AWGA, I don’t tell his organisation how WoolProducers is to be run; we run our organisation for the benefit of wool producers, not so members of other organisations can hold us to account on their perception as to how it should be run.

“We run to get results for Australian wool growers, not to pay homage to some other organisation.”

Mr McBride would not disclose the size of AWGA’s membership base and while it was “very small” compared to that of WoolProducers, he said the body had focused on being flexible and agile and pointed to its achievements in recent years. He dispute the contention that AWGA represented only the people on its board.

“We have always kept our membership base quiet and yet you can see through our achievements that people listen to us.

“We are all trying to improve the wool industry and to have an independent voice is critically important and that should never be silenced.”

Mr McBride said AWGA claimed credit for getting the wool tax down from 2 percent to 1.5pc in the 2018 WoolPoll and for removing former AWI chairman Wal Merriman from the board, he said.

“The independence of AWGA has proven itself over the last five years and while we don’t question that WoolProducers is a bigger organisation, I guess we look at our achievements, the respect we have garnished from government.

“We will remain an independent voice for Australian wool growers and we won’t be bullied or silenced by bigger organisations,” he said.

“So where WoolProducers suggest its size is an advantage, the flexibility and agility of the AWGA board has proven that we have been very effective in combatting a number of the issues faced by the grassroot wool producers.

“As WoolProducers said, there are some specific organisations that are aligned with particular groups and may not have the grassroots support that AWGA does.”

Mr McBride said the flexibility and progressiveness of AWGA can be seen in its appointment of two new female board directors.

“We are moving the industry forward and we would like to see other organisations treat women with the same respect as we do,” he said.

AWGA “has the ear of government” – McBride

Mr McBride said AWGA is a volunteer organisation and is not tied to any particular group.

“We are representing grassroots wool growers, the strength that AWGA has is its flexibility and that directors are seen as leaders in the industry.”

Mr McBride also said AWGA “has the ear of the government,” is willing to be outspoken and provide “flexible and progressive views that strengthen our industry, and gain respect from wool growers and government.” He also disputed suggestions of issues with current AWGA chief executive officer and director Sam Stephens also being an employee of AWGA director Chick Olsson, or with Ms Byron also working on Mr Olsson’s AWI election campaign.

He said he has been a paid director of A.J. and P.A. McBride for 16 years and he believed AWGA’s constitution allowed directors to also be employees of other directors.

“I haven’t seen anything to the contrary.”

“They are four exceptionally good candidates and I would ask wool producers to look closely at their credentials.

“We would suggest that they all have exceptionally good credentials that would add strength to the AWI board going forward,” he said.

“We need change within AWI.” 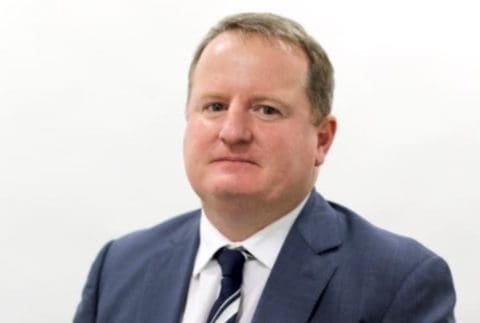 Issues like Australia’s dependence on China as its major wool market, the low Merino ewe flock, rising costs of production, flystrike prevention and shearer availability have underpinned his decision.

“The only real change in the industry is that we are breeding more productive animals and that is mainly due to genetics.

“So what we see are things getting worse, not better, yet if we keep doing the same things, nothing is going to change.”

Mr Cocking said he doesn’t blame AWI totally for the state of the industry.

“Because we continue to give them wool growers’ levies and government funding, and they have managed to get more and more power.

“They’ve basically now become untouchable, through their constitution and board charter,” he said.

“There has been poor governance and transparency issues and a questionable culture, but the board now has given themselves absolute power over generations and the industry has let them do that and continually hand them money – millions if not billions of dollars.

“I’m not saying AWI is not responsible for a lot of these outcomes, but we’ve allowed them to manipulate the constitution and board charter and given them untold power over industry funds and we keep giving them industry and government funds each year,” he said.

Mr Cocking said the industry is not getting the outcomes it needs to drive it forward.

Mr Cocking said he had been approached previously by Mr Olsson to join the board, but has not decided who he would support at the coming AWI election.

“I have no allegiance to anyone.”

The former AWI director (2013-2017) said he was trying to help the industry “from a different angle” including lobbying external parties like the Federal Government.

“There is no chance of doing it through the current AWI election process and board, because it is all tainted.”

Mr Cocking lost his AWI board seat in 2017 and was not re-elected in 2019. He said it is “near impossible” to become an AWI director without the full support of the current board and practices such as the chair having access to voting progress data during an election and use of the shareholder database to promote preferred candidates need to stop.

“All of this makes it very very hard for anyone within the industry to win who isn’t on the right ticket promoted by the board.”

Mr Cocking said he intended to apply his skills in corporate governance to the structure and governance of AWGA.

Mr Cocking said his initial focus is to find out what committees AWGA is represented on, who it represented and to ensure AWGA’s constitution and board charter was “beyond reproach.”

He hoped to represent the average wool grower, keep organisations such as AWI accountable and lobby the Federal Government to help the industry. With the current review of rural development corporations, Mr Cocking would like to be there “at that table” so the industry did not lose taxpayer funding and kept control of its R&D spending.

“AWGA has got the contacts into the government at the moment and it is one of the areas where we may affect change in the wool industry,” he said.

He believed there needed to be greater investment in Merino genetics, more input from growers, delivery of tangible and relevant outcomes for growers and complete transparency throughout the lifecycle of projects, with less agri-political interference in projects.

Mr Cocking would like to see a 1pc vote in this year’s WoolPoll ballot.

“To keep rewarding AWI for poor corporate governance and R&D outcomes is not the right way to go.

“I think we need to vote 1pc or even zero to effect the change to 1pc under the preferential voting system.” 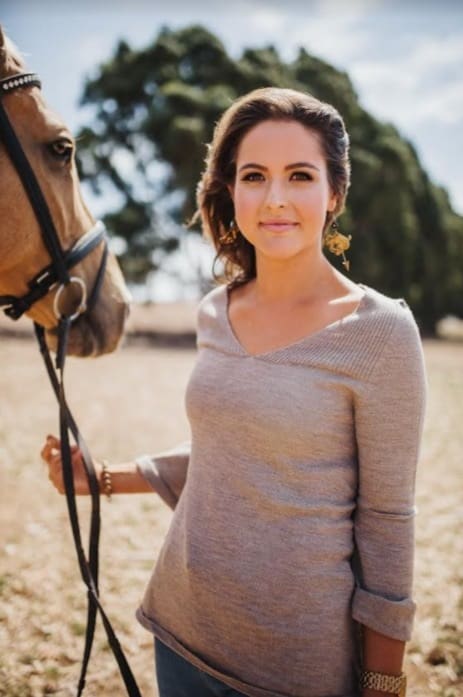 Passion for the wool industry and an opportunity to represent women as a grower and entrepreneur has motivated Emily Riggs to join the AWGA board.

“Throughout my journey from farming to fashion production, I’ve been able to connect with female farmers, shearers and producers who are equally as passionate about their work and want to encourage more women to enter the industry.

“I am genuinely excited about the opportunity to represent them, and all of our hard-working wool producers, to secure a strong and united future for the wool industry,” she said.

Emily and husband Tom Riggs run a Merino enterprise in Burra, South Australia, and their son Samuel, and daughter Lucy, represent the sixth generation to grow wool on their property.

“I am proud of the high quality Merino fibres we are producing in Australia and believe there’s such an opportunity to take Merino wool to the world stage.

“Now, more than ever, people are looking for sustainable and low-impact fashion, and wool is a perfect choice,” she said.

“After marrying a Merino sheep farmer and exposed to the Merino wool fibre on a daily basis, I realised that I could combine wool and my love of high-end sustainable fashion.

“Three years later, my 100 percent certified Australian Merino wool fashion label, Iris and Wool, is worn by women all over the world.”

Emily said she was approached to join the AWGA board by Ms Byron after posting an article about her brand on LinkedIn. AWGA was looking for someone with experience in the fashion industry, she said.

Ms Byron said AWGA was thrilled that Emily has joined the AWGA board.

“She is a true champion of our industry and has transformed her evident love of wool into a successful Australian designed and owned fashion brand.”

“AWGA recognises that the growing movement toward sustainable fashion is here to stay and believes that the industry must embrace this tremendous opportunity,” she said.

“The recent global reaction to Greta Thunberg’s criticism of fast fashion is evidence that consumers are increasingly interested in the environmental impact of the fibres they wear.

“We must celebrate wool’s sustainability and highlight the fact that its production is a truly circular economy.”

Emily reserved her opinion on a WoolPoll levy preference and on the AWI director candidates.