WOOL forward markets were again steady last week as growers and traders looked for a little certainty in the early New Year period.

What the spot auction market lost last Tuesday, it gained Wednesday. Growers sold early in the week as the anticipated softer spot market delivered on its promise.

The 20-cent loss reversed and buyers returned to the forwards Wednesday and Thursday. Growers availed themselves of the opportunity and although the total volume remained low, the number of individual growers’ participation on the sell side increased.

The forward market appears to be finding a fair value range where both buyer and seller are happy to participate for modest volumes. Risk is definitely back on the table with trade tensions remaining high. This is reflected in the lower than expected passed-in rates. This tension is also impacting the buying activity on the forwards further into the New Year.

The discounts into the autumn and winter have returned as buyers focus on the January/February window. Buyers bid flat to cash for 18, 19 and 21 microns out to mid-February.

We expect the same pattern of trading to continue in the last two weeks as demand ebbs and flows into the Christmas recess. Some hedge opportunities will crop up, but probably in the narrow bands established over the last month — 19 micron, 1350-1400 cents and 21 micron, 1150-1200 cents. 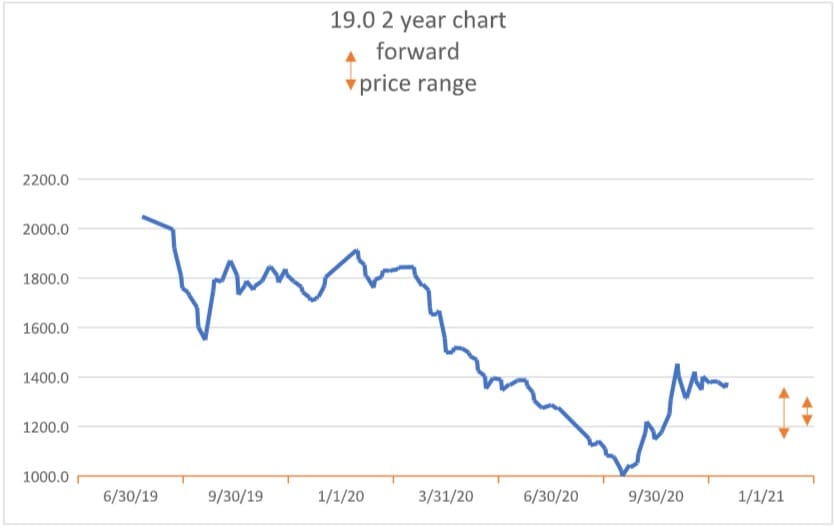