Wool brokers put their history on display in Melbourne 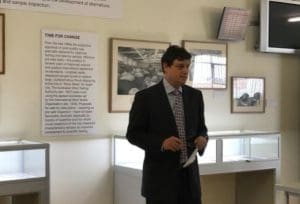 HISTORICAL material showing developments in wool preparation and sale will be on permanent display in the Melbourne Wool Selling Centre.

The NCWSBA plans to reproduce the inaugural display in Sydney and Fremantle, and develop new display themes presenting different aspects of the Australian wool broking industry.

NCWSBA president John Colley opened the permanent display, which celebrates the history of the wool broking industry in Australia.

“The Australian wool industry is an iconic part of Australia’s history and its economy.

“Wool broking companies have been a vital part of that history and the industry’s contribution to the Australian economy,” he said.

“The board of NCWSBA wished to present and explain the historical significance of wool broking in Australia, its role in the Australian wool industry and developments in the industry over time.

“We also wanted preserve the rich historical material that is held by our member companies.”

Selling the clip – preparing for sale 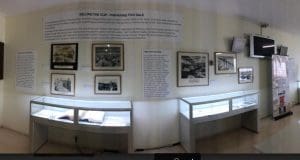 The theme of the inaugural display is “Selling the Clip – Preparing for Sale”. It presents material showing the developments in wool is prepared and presented for auction over the past 100 years and more.

Mr Colley said future displays will exhibit material that tells stories related to and is associated with the history and the characters involved in selling wool in Australia, and celebrate the Australian wool broking industry.

The historical display is part of a project that NCWSBA began in 2013 to identify and preserve the wealth of historical material held by wool broking companies.

“Historical material about the Australian wool broking industry has been and will continue to be lost without a concentrated effort to conserve what is left”, Mr Colley said.

“NCWSBA is taking steps to preserve this material”.

“I would also like to thank our member companies which have loaned material for this display.

“I am sure that all visitors here to the Melbourne Wool Selling Centre will find the display fascinating and informative”, Mr Colley said.

The National Council of Wool Selling Brokers of Australia was established in 1919 and celebrates its centenary in 2019. It is the only national organisation representing wool brokers on all issues that affect the Australian wool industry.