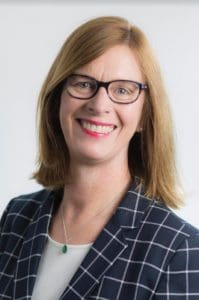 Minister for Agriculture David Littleproud last week said Dr Channon has been appointed as part of $1.4 million in funding over the next 3.5 years to tackle Australia’s feral pig population and reduce the risk it poses to the spread of diseases including African Swine Fever (ASF) if it reached Australia.

Mr Littleproud said feral pigs are a major pest to Australia’s $60 billion agriculture industry and cause serious damage to the natural environment.

“There is an estimated 24 million feral pigs in Australia, costing the national agricultural sector about $14.5 million a year.”

“We have spent time over the past 12 months working with other key stakeholders to get this program running, so we see that the appointment of a co-ordinator is complementary to our actions.”

She said feral pigs were a concern in all of Australia’s wool production areas.

“Predation of lambs (by pigs) is a huge issue in our industry.”

A roundtable will be held in Canberra in late March 2020 to bring together industry, governments, researchers and other stakeholder to deliver a national approach to feral pig management.

“Feral pigs can spread disease and are a huge issue for farmers, with significant time and money invested to control them.

“This role will coordinate reliable methods and work collaboratively on the ground with landholders, the states and territories to manage feral pig numbers.

“ASF has been confirmed in Indonesia and was found right on our doorstep in Timor-Leste in September 2019,” he said.

“If ASF was to enter Australia, it could severely damage our pig meat and associated industries and have devastating consequences for the pork industry.

“I commend industry for their efforts in advocating for a nationally-coordinated approach to feral pig management.”