Wild dog control via sensor and satellite is here.

A WILD Dog Alert system that sends real-time messages to a farmer’s mobile phone could also be linked to a drone for post-alert monitoring or modified to detect other invasive animal species. 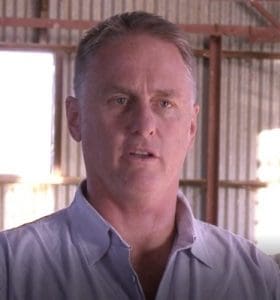 “Led by Dr Greg Falzon, researchers from NSW DPI and the University of New England have partnered with Australian Wool Innovation, Meat & Livestock Australia and the Department of Agriculture & Water Resources through the Centre for Invasive Species Solutions, to deliver this new tool,” he said.

“Wild Dog Alert is a one-stop, solar-powered shop, which detects wild dogs in a 360 degree zone using a tri-sensor system.

“An in-built camera, recognition software and satellite communication are combined to automate wild dog detection and send an alert,” he said.

“Landholders can take instant action and work with neighbouring properties and wild dog management groups to immediately address issues, not days after wild dogs cause carnage.”

Mr Meek said the Wild Dog Alert system was currently focussed on monitoring a specific location rather than a whole property.

“The range will depend on habitat and it is using different sorts of sensors to detect heat and motion, and other types of triggers, but you could expect 40-50 metres depending on the country.

“At the moment the device is using three different types of sensors to detect a warm object,” he said.

Two of the sensors are used to “fill the gap” when the passive infra-red sensor is at its weakest in determining the difference in temperature between a dog and its background environment.

“The device takes a photograph, it will process that image, send it via satellite to the cloud, where we have some algorithms sitting there to process the image.”

The system has the ability to shut down if the photograph indicates there is no dog or if there is, to then send the image to either a smart phone, a hip pocket beeper or a computer, he said.

Mr Meek said the Wild Dog Alert system could easily be linked to activate a drone to monitor a wild dog’s movement after it was photographed.

“It’s all within the realms of possibility now – we’ve already built an algorithm that works with moving animals for this process.

“So this algorithm will detect a video of a dog walking across a screen, so there is no reason why that same movement algorithm couldn’t be in-built into a drone.

“So that you’ve got it sitting in the lambing paddock and when this goes off, it automatically triggers and gets up and looks for a moving paddock, which more than likely outside of the paddock is going to be whatever the predator is.”

Mr Meek said the aim is to provide another tool for producers which helps redress the emotional and financial toll caused by wild dog predation.

“Too often farmers spend sleepless nights not knowing if wild dogs have entered properties, putting livestock at risk – it’s all too late to act when they wake to paddocks of dead animals.

NSW DPI said documented evidence showed the repercussions from wild dogs killing and injuring stock can go on for weeks or months to take a heavy toll on business, families and communities.

This early warning technology offers producers the ability to detect dogs before they attack, at any time of the day and in remote locations.

“We are currently testing the components to ensure our device is robust and fit-for-purpose,” he said.

“We are doing everything we can to make sure this cutting edge technology is able to deliver on-farm for livestock producers.”

“We just change the algorithm to fox and the same device can be used for a different species.”