he Bureau of Meteorology has moved from ‘La Niña WATCH’ to ‘La Niña ALERT’ with the likelihood of La Niña returning this spring increasing to around three times the normal probability. 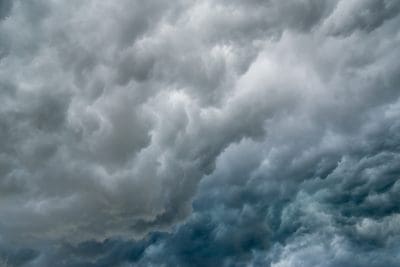 La Niña refers to changes in sea surface temperatures in the tropical Pacific Ocean, with waters in the eastern Pacific being cooler than normal, and waters in the western tropical Pacific being warmer than normal. Trade winds strengthen, increasing the water moisture in the air, which usually brings rainfall to eastern and central Australia and a wetter start to the northern wet season.

The Bureau’s three-month climate outlook shows a high chance of above average rainfall for most of the eastern two-thirds of the Australian mainland between September and November 2022. The outlook reflects a range of climate drivers including a negative Indian Ocean Dipole (IOD) event and warmer than average waters around Australia.

With wet soils, high rivers and full dams, and the outlook for above average rainfall, elevated flood risk remains for eastern Australia. 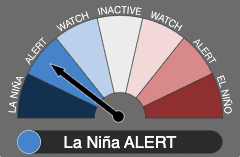 The Bureau says that while some third-party sources and media outlets have suggested that the east coast of Australia is experiencing a third La Niña, this reporting does not reflect the complexity of Australia’s climate and is not entirely accurate.

The Bureau of Meteorology’s El Niño–Southern Oscillation Outlook, which is monitored by the Bureau’s specialist climatologists and is underpinned by analysis of seven climate models, is at La Niña ALERT status. This means there is a 70% chance of La Niña returning this spring.

The Bureau is advising of very high chances of wet conditions over eastern Australia for the next three months. Should a La Niña event be established in the Pacific Ocean, the wet conditions will persist into summer.

This rainfall outlook is of great importance to communities in eastern Australia given the increased risk of flood following above average rainfall for the past few months and above average soil moisture levels. We encourage communities to keep up to date with official forecasts and warnings on the Bureau’s website and BOM Weather app and follow the advice of emergency services.