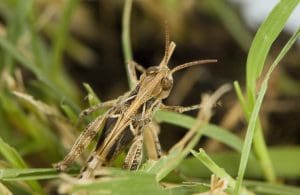 The Department of Agriculture and Food has begun surveying for Australian Plague Locusts in the central wheatbelt and is reminding farmers to check paddocks for activity.

Department Invasive Species manager Tim Stevens said targeted surveillance had begun around Merredin and surrounding areas ahead of locust activity predicted across eastern and southern parts of the grainbelt during spring.

“The aim of this surveillance is to confirm the accuracy of predictions and provide information to help landholders to make timely decisions on control.”

Landholders are reminded to inspect their properties for locust activity and start preparing for control if necessary.

“Spraying at the right time will help landholders protect their investment in crops and pastures,” Mr Stevens said.

“Spraying locusts is more effective when they are at the nymph stage, before they develop wings.”

Department entomologist Svetlana Micic reminded landholders who had observed locust activity on their properties in autumn to be particularly vigilant, as it was likely there were egg beds which will hatch in spring.

“Pasture paddocks in particular should be checked.

“If egg beds have been located, these should be monitored regularly. Eggs may hatch simultaneously or over several weeks, depending on conditions.”

Variable hatchings are also likely to occur in other parts of the southern agricultural region and wheatbelt.

Peak hatchings are expected from mid-September in the central regions and from mid-October in the southern region. Control this spring will also play a role in limiting potential locust numbers building up over summer and into autumn 2017.