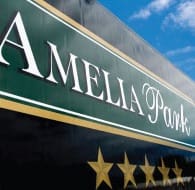 In a staged merger transaction announced late yesterday as an historic commercial partnership, CMG will acquire V&V Walsh to create a major commercial platform to produce food for the Australian market as well as significant export income for Western Australia.

CMG is one of the leading suppliers of pork into the West Australian market with supply contracts to some of Australia’s biggest retail players as well as well as operating the highly successful Linley Valley Pork brand.

CMG has operated in the Australian agribusiness sector for more than 94 years and is also a significant exporter of food products into Asia.

V&V Walsh is a family owned and operated business since 1957, and is of the largest meat processors and exporters in Western Australia, specialising in lamb and beef processing from its substantial meat processing facility in Bunbury. It also owns and operates the highly successful Amelia Park Lamb and Beef brand.

In June this year, V&V Walsh launched its Amelia Park lamb range in China, in what was believed to be Australia’s first branded chilled sheep meat product on the Chinese market. The processor is also approved to supply chilled beef as well as frozen beef, sheep and goat meat.

“We believe that the phased acquisition makes a lot of sense for both parties.

“The transaction allows us to grow in Western Australia while leveraging our capability in managing the meat supply chain, developing new products and extending into new markets,” Mr Kennedy said.”

“Importantly, these businesses already have many synergies and the integration will enable greater efficiencies and a critical mass in a competitive market both locally and overseas.”

“Importantly, this deal means a business developed here in WA over sixty years ago will remain in Australian ownership.

“We see the Craig Mostyn Group as sharing our vision for a strong, WA based agribusiness with enormous potential to grow – especially considering the opportunities in the rapidly developing markets in South‐East Asia and China,” he said.

“Also, we see this as the opportunity for two great companies to come together to grow jobs and exports for WA.”