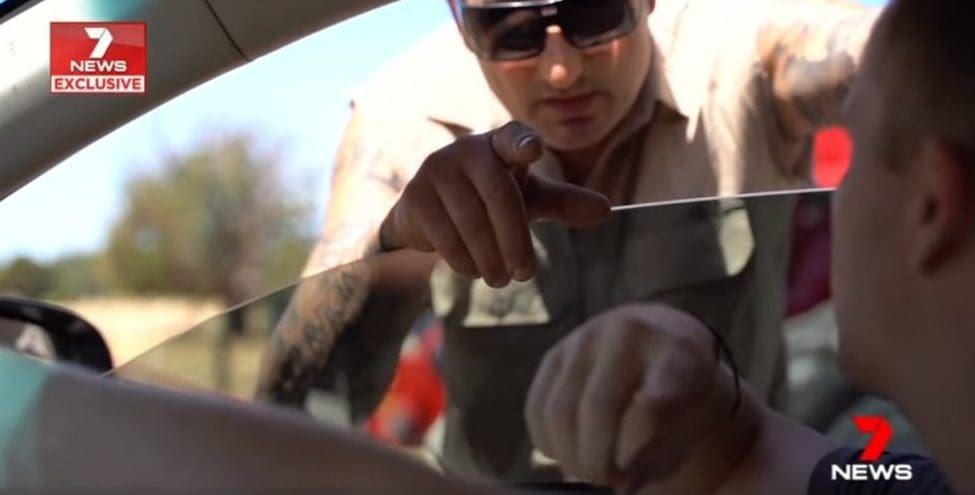 FARMERS harassed by activists have been urged to call police rather than take direct action, following an altercation between vegan activists and Western Australian dairy farmer this week after which a firearm was fired.

Harvey dairy farmer Jason Parravacini was been filmed arguing with vegan activists taking photographs outside his farm on Wednesday, prompting a call today from Minister for Agriculture David Littleproud for calm.

7News Perth video footage supplied by the activists on Facebook today shows the WA dairy farmer farmer warning the activists not “to come around my place”, telling them to stop filming and then attempting to take the car’s ignition keys from vegan activist James Warden, from the group Direct Action Everywhere. The video then shows a man discharging a firearm, though not in the direction of the activists.

“I call for all to remain calm and respectful,” Mr Littleproud said.

“Farmers have a right to farm without being harassed.

“These people are just producing our food and should be left alone to do so,” he said.

“Children live in these homes.”

Mr Littleproud said farmers are “good people just trying to live their lives, raise their kids and feed our nation.

“I’m genuinely concerned there will be an incident in which someone be seriously hurt or worse,” he said.

“Differences between sections of the vegan and farm communities will not be solved with confrontation.”

Ms Haywood said it appeared the activists were deliberately provoking farmers, but WAFarmers was working with police to ensure farmers called 000 if there were any further incidents.

“If people believe that there are people acting suspiciously, the best course of action is to ring the local police and let the police deal with them, because the police know if they are breaking the law and can charge them.”

“Most importantly, what we don’t want are decent farmers being at the wrong end of the law and being charged or prosecuted themselves for protecting their own property,” she said.

“It is very important that they don’t react, particularly if the activists are on a public road,” she said.

“The whole purpose of these people is to get a reaction so that they can ramp it up through the press.”

The WA incident follows the recent launch of the “Aussie Farms” vegan activist website which contains what Minister Littleproud has called an “attack map for activists”, listing hundreds of family farms and their addresses, often with incorrect details about their farming operation.

“I again ask the owners of the “Aussie Farms” website to pull down its farm map.

“It’s an attack map for activists. It’s creating an atmosphere of fear and anxiety on farms around Australia,” Mr Littleproud said.

“I’m not sure if it contributed to this incident but it certainly will create more like it.

“I raised the issue of trespass with my state colleagues at the Agriculture Minister’s meeting in Adelaide last week, and I again implore them to send a clear signal that trespass will result in charges and real penalties.”

Mr Littleproud said the example in Caloundra Magistrates Court in Queensland last week where a serial farm invader got a $200 fine for her third offence trespassing on farms and had no conviction recorded “sends a terrible message in my opinion”.

“People have a right to live their lives without harassment.

“The activist section of the vegan community should make their case in the public debate and in the Parliament, not by intruding on farmers’ privacy, property and lives,” Mr Littleproud said.