The outstanding sheep and cattle breeding and growing holding Woodlea Park, south of Yass, in southern NSW, made $11.75m at auction

This week’s property review focuses on recent sales of note and some interesting new listings across Australia.

The 1678ha property (pictured above), with an enviable reputation for producing high quality beef and prime lamb, was offered via online auction for the first time in 60 years, with a $10.8m reserve.

“Most of the 80 enquiries came from Australian off-farm and strong on-farm interests, for the online auction,” he said.

“On the day, there were nine registered bidders, with the top three being Australian farm families seeking expansion.”

“It is one of the best-developed grazing places I have been on for a long while. It is well-known, well-managed, well-developed, well-situated and profitable.” 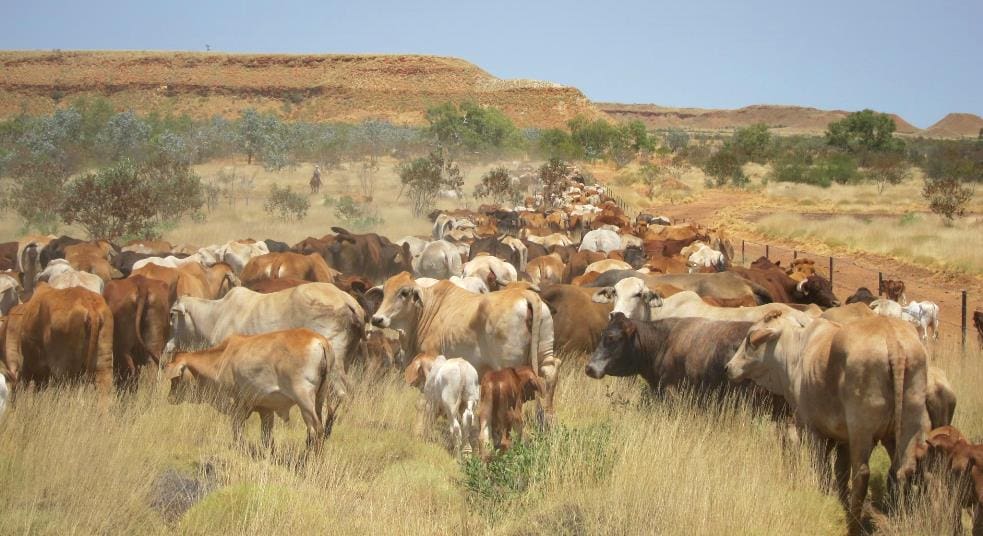 The FIRB has approved the sale of Harold Mitchell’s Yougawalla aggregation in the East Kimberley sold with 45,000 cattle for around $70m

After two years on the market, the sale of Harold Mitchell’s east Kimberley cattle aggregation to Chinese billionaire Hui Wing Mau has been approved by the Foreign Investment Review Board and the Pastoral Lands Board of Western Australia.

Earlier this year, question-marks surrounded the accuracy of reports the celebrity media buyer had sold the 356,000ha Yougawalla, the 273,000ha Bulka and the 214,000ha Margaret River Stations, to the Hong Kong-based businessman – ranked third in the 2015 BRW Australian Rich List, with a fortune worth A$6.89 billion.

At the time, both ANZ and KPMG indicated the reports were incorrect. It was suggested that more than 40,000 head of cattle from the stations were sold to Mr Mau, who would then lease the land from the current owners, rather than purchase it.

The $70 million sale price, comprising 55 percent cattle and 45 percent land, is believed to include more than 45,000 head of cattle and four additional sub-leased pastoral leases in the east Kimberley. These included the 161,000ha Louisa Downs, the 141,000ha Bohemia Downs, the 80,000ha Carranya Station and the 182,000ha Lamboo Station.

The 4500ha (11,000ac) of farming country, spanning 14 properties, is located in the Cecil Plains and Bongeen area, on the Inner Darling Downs, west of Toowoomba.

FK Gardner is expected to lease back the properties from Global Ag Properties Australia for up to three years. In HTW’s November Month in Review, Mr Cameron reports on the difference a few weeks can make when the heavens decide to open.

“Throughout mid-October there was good soaking rainfall of between 50mm and 200mm in the Darling Downs wider area. Falls generally west of Chinchilla have been patchier, but any rain up to now has been a welcome change.”

“Family-operated pastoral enterprises that have been considering expanding for some time are now taking the plunge. They have seen values increase significantly over the past 18 months and after missing out on some earlier opportunities (through their own perception that values were overpriced) are now forced to consider outside the district.” Gary Bishop from Hourn & Bishop Qld in Moura believes the sale of Emu’s Nest will be a genuine test of the local property market.

Emu’s Nest, one of Central Queensland’s Brigalow Scheme blocks balloted back in the 1960s, is on the market for the first time in 53 years.

Gary Bishop from Hourn & Bishop Qld in Moura believes the sale will be a genuine test of the local property market.

“Emu’s Nest is for sale due to retirement of the current owner Carol Le Maitre. It is a mixed breeding and fattening operation and will most likely sell to a local grazier looking to expand.”

Mr Bishop said the location of the 3941ha grazing property could not be better.

Emu’s Nest is extremely well located between the Dawson Highway and the Leichhardt Highway, being 34km west of Biloela and 12km east of Banana. It’s estimated carrying capacity is 900 breeders or 1400 backgrounders. The renowned Southern Riverina river frontage property Emu Park is being offered to the market for the first time since the early 1940s.

The property, pictured above, has a rich history of producing some of the finest livestock and wool clips in the Riverina. It was purchased by C.H McDonald & Sons to operate in conjunction with their other Riverina holdings, which included Old Cobran, Whittier Park, Myrtle Downs and Glenco.

The breeding and finishing property is located 30km west of Deniliquin, and 90km north of Echuca/ Moama.

“The river country is ideal for the breeding and fattening of livestock and offers excellent shelter. It also presents well for recreational activities including fishing, canoeing, swimming, camping and boating.” The picturesque grazing property Alfreda, in the tightly-held Ebor district of NSW’s New England region, is on the market for only the second time since 1885.

For the past 19 years, it has been held by Hugh and Janniene MacDonald who are now looking to retire.

Located at Wongwibinda, Alfreda is 13km from Ebor, 64km from Guyra and 88km from Armidale.

“Alfreda averages more than 1000mm of rain a year and has 21 dams. It has double frontage to Boundary creek, with gently undulating soft trap soils leading to basalt. It also boasts a solid fertiliser history.”

Ms Hayes said the interest in Alfreda had been staggering.

“We are fielding calls from Queensland, southern New South Wales, Victoria, Western Australia and South Australia, and have carried out inspections with both Wagyu and conventional breed stud cattle and sheep breeders.” Meantime, another tightly-held grazing asset in the nearby Guyra district is on the market for the first time in 59 years.

Robert and Helen Gordon are selling their 385ha grazing property Earlstoun, just 5km from Guyra and 30 mins to Armidale, pictured above, before retiring to Armidale.

Mr Gordon was a well-known agri-politician in the 1980s, serving as a NSW Farmers general councillor and on the executive of the Association. He held positions as the vice president of the Sheepmeat Council and was a board member of both Ausmeat and the Meat Industry Council.

He also served on the Australian Meat and Livestock Corporation’s lamb promotion committee and the Red Meat Advisory Council.

Mr Gordon purchased Earlstoun as a young man, with the prime objective of scientifically improving its pastures to the highest level.

The property, which runs 3000 DSE, boasts arable fertile soils which have benefited from a long-standing fertiliser history.

Mr Gordon believes interest will come from livestock producers seeking a breeding or a fattening block in a safe area.