WAFarmers calls for live sheep export licences to be fast-tracked 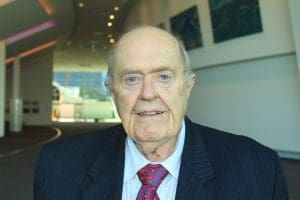 WESTERN Australian farmers claim they are facing losses of up to $70 per Merino wether in price discounts and feed costs due to live export licence suspensions by the Department of Agriculture and Water Resources.

WA sheep producers sold bare shorn Merino wethers to live exporters for an average of $115 ($111-$117) before June this year, when the export licence of Australia’s largest sheep exporter Emanuel Exports was suspended.

The licence of the Emanuel subsidiary EMS Rural Exports was then suspended in July and both companies have now had their licences cancelled by the department, in the latest reaction to the release of video footage showing dead and dying sheep on Middle East voyages.

WAFarmers said another export company Livestock Shipping Services has recently been buying Merino wethers for a proposed shipment, offering around $85 for wethers with about three months of wool, valued at $30.

WAFarmers believes the export wether price drop is consistent with the estimation of an 18-35 percent price decline in the event of a live sheep export ban, outlined in a report prepared for WAFarmers by Mecardo earlier this year.

Producers estimate they have spent about $15 a head to feed wethers since June, which combined the $30 drop in wether price to $85, and $25 net wool value (after shearing), equated to a $70 cost per sheep.

WAFarmers policy executive officer Kim Haywood said there was now only one exporter buying sheep for live export in Western Australia and with the thousands of sheep that would previously have been exported now on the market, domestic processors were also “having a field day” with the lack of competition.

“They are killing boat wethers that should have gone out on the boats and compromising the price of prime lambs.

“We did forecast this would happen,” she said.

“The price has collapsed at a time when most farmers have spent a fortune on trying to finish sheep that should have gone out on a boat.

“Plus they’ve got good quality wool which they are not getting paid for.”

WAFarmers Livestock Council president David Slade said producers needed the Federal Government and the department to fast-track the approval of other export licences to allow more competition in the market.

Rural Export and Trading (WA) Pty Ltd, the Australian subsidiary of major importer Kuwait Livestock Transport and Trading, has applied for an export licence on behalf of KLTT.

Mr Slade said WA producers had the issue of a lack of competition between domestic processors to generate slaughter prices equivalent to those being paid in the eastern states, and with the live export sector.

“We need more live exporters in the market to keep the processors honest.

“It’s supply and demand, there is just too much supply, so they just don’t want that many, so they just bid down until they get it at the price,” he said.

“The Mecardo report predicted all this.”

WA producer refuses to sell at $85

WA sheep producer Bob Iffla, at Newdegate south west of Perth, said he had been offered $85 for his boat wethers, but has refused to accept it. The operation usually runs 12,000-14,000 Merino ewes, keeping about 3000 ewe lambs for replacements. The wether portion is sold to WAMMCO or to live export and some older wethers are kept for shearing and live export.

Mr Iffla sold about 1000 sheep for an average of $115 to Emanuel Exports for the shipment earlier this year that was prevented by the licence suspensions. He also has had to hold and feed about 1500 other wethers intended for future shipments that didn’t eventuate. He built a feedlot this year due to a seasonal feed shortage to save pasture for ewes.

“Some of the abattoirs at that stage, WAMMCO and Fletchers, were closed doing maintenance, so that was another problem we had.

“We also had to put wethers we had on grain out onto grass and that meant there was less feed for our ewes with young lambs,” Mr Iffla said.

“It is great that they (LSS) are around, but at the time the minister (WA Minister for Agriculture and Food Alannah MacTiernan) made it very clear that she thought we wouldn’t mind if we got a bit less money for our sheep,” he said.

Mr Iffla said the boat wether price being offered now is similar to that being offered by domestic mutton processors. He has been told the price was partly due to the extra costs associated with the new lower stocking density requirements of northern summer Middle East sheep shipments.

“I think they are being a bit overzealous with it.

“Maybe if this thing continues on we might have to think about the Australian Competition and Consumer Commission looking at some of these practices,” he said.

LSS has been offering $85-$90 for 38-45kg liveweight wether hoggets for a Middle East shipment due to leave Fremantle next week.