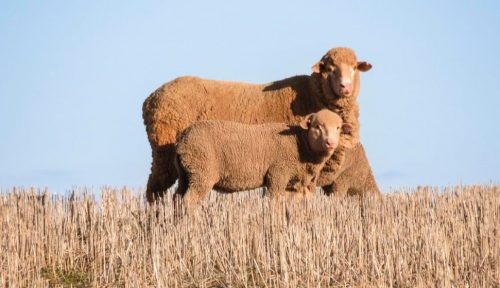 WA’s sheep-wheat belt farmers are prepared to put wool away until prices improve.

WESTERN Australian farmers remain optimistic about the long-term strength of the wool industry, despite the current challenges of COVID-19 impacting consumer demand and causing market disruption, according to NAB.

The bank said it is seeing more wool-growing customers retain clips in anticipation that prices will recover, leading to an increased need for working capital funding to support businesses through a period of reduced cash flow.

Although the levels of clip retention vary between brokers, Elders WA commercial sheep manager Dean Hubbard said the agency’s wool grower clients are holding about four times the number of bales than they were 12 months ago.

“Our clients are very polarised, with some wanting to and hold wool long-term and happy to sit for up to 12 months to two years, and then we’ve got a growing trend with growers wanting to just meet the market and get the wool sold.”

Mr Hubbard said the current economic volatility is making it hard to pick the market, but he said the mixed farming base of WA’s wool-growing areas was enabling the state’s growers to buffer reduced wool incomes.

“When you compare us to New South Wales and what they’ve been through, their cash reserves would probably be significantly less than some of our growers here.”

NAB agribusiness manager, Phil Hudson, said while the market has dropped from its historic high in 2018 when wool prices hit more than $20/kg, WA farmers are taking practical steps to manage the current risk for their businesses amid market volatility.

“As Chinese wool imports remain subdued, down 43 percent on a year-on-year basis in June 2020, and Chinese consumers remain cautious, forthcoming export demand for wool is uncertain.

Mr Hudson said the current volatility of the export market into China and falling consumer demand is a concern for WA’s wool industry; however, farmers are responding well with practical on-farm decisions.

“While it’s difficult to predict a pick-up in demand fundamentals, wool production is a major part of the business for many WA farmers, and they are generally optimistic about the long-term future of the industry.”

NAB state business bank executive, regional and agribusiness WA, Jeff Pontifex, said while there are a number of factors that need to be considered including demand for wool, uncertainty around COVID-19 and growing global trade tensions, NAB is working with agribusiness customers on a case by case basis.

“NAB is supporting its customers with cash flow and other working capital needs to ensure they come out the other side of this crisis in a strong position,” Mr Pontifex said.

While flock numbers in WA have been relatively stable over the past few years, dry conditions in 2019 saw a reduction in numbers as many producers sold sheep to eastern Australia producers restocking after rain, to meat processors or destocked due to lack of water and high cost of feed.

Mr Hudson said despite some parts of the state receiving good rain over the past two months, rainfall volumes haven’t been sufficient to fill up dams and replenish on-farm water supplies in many areas.

“WA remains 100mm behind on average annual rainfall, and farmers are implementing hedging strategies to manage rainfall deficiencies and the drop in the wool market.

“With grain prices where they are currently, the expectations are we’ll most likely see sheep-wheat belt farmers shift to focus on the cropping side of the business,” Mr Hudson said.

“Similarly, with strong mutton and lamb prices, the incentive to focus on meat production rather than wool is considerable.”

In line with other states and territories, wool production in WA has decreased 49pc since 2000-01.

“While WA’s wool industry is currently fronting up to a number of challenges, it’s a well-established, robust industry that will continue to perform well in conjunction with grain and other commodities,” Mr Hudson said.