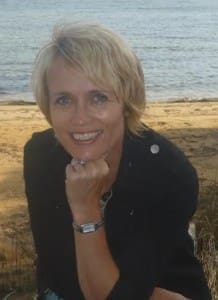 Esther is well-known in the sheep industry as the former owner of the national events management company Esther Price Promotions, which managed the biennial lamb industry event Lambex.

Her 25-year career in the agricultural industry included work as a rural journalist. Esther is also executive officer of the regional development program Western Dairy, which she services through Bluesee.

The appointment follows the incorporation of SILC last month, with the support of the Department of Agriculture and Food’s Royalties for Regions project.

SILC chairman Rob Warburton said the executive officer appointment is a turning point for the council and will play a key role in ensuring the organisation brings together a unified sheep industry vision.

“Esther is an experienced and respected agricultural industry professional with a passion for the sheep industry,” Mr Warburton said.

“Her task is to engage with every sector of the sheep industry as SILC can’t deliver on its responsibility of driving sustainable and profitable growth in the sector without all groups and industry bodies sharing in that vision.”

SILC was formed in 2011 with the charter to develop a clear picture of what the sheep industry needs to do in order to stabilise and become profitable. Following consultation with industry and supporting economic analysis from the Department of Agriculture and Food WA, it developed the WA Sheep Industry Strategic Plan 2025+.