A Western Australian MP has questioned the thoroughness of the Department of Agriculture’s recent investigation into allegations live export ship workers were paid by animal rights groups in exchange for images of animal cruelty.

The Department of Agriculture announced on Friday it had concluded its investigation and it had found no evidence illegal payments were made or that images were contrived. 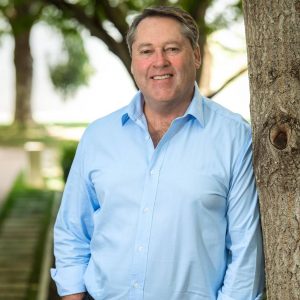 In the House of Representatives on Tuesday Federal Liberal Member for the WA seat of O’Connor, Rick Wilson, alleged he had possession of a number of bank statements and emails between animal rights activists and whistle blowers.

Mr Wilson said the footage allegedly captured by whistleblowers and aired by 60 minutes last year had been very damaging to the live sheep trade, which was a critical industry for WA. The trade was worth $180 million per annum, with the bulk of sheep exported from the State sourced from his electorate of O’Connor.

Mr Wilson said the resumption of the trade had seen more than 718,000 sheep exported in 11 voyages, with a total of 1800 mortalities.

“That is an extraordinary result,” he said. “As a lifelong sheep farmer, I can tell you that you don’t get those sorts of results running sheep in a paddock, so the trade has really turned things around and is operating very efficiently and effectively.”

Mr Wilson told Parliament he had obtained copies of bank statements indicating payments of almost $175,000 had been made to a live export ship whistle blower. He also read contents of alleged emails between Animals Australia and ship workers, which he alleged involved instructions being given and offers of payment being made.

He said he had passed the information he had in his possession to the Australian Federal Police and asked it to conduct an investigation, because he believed the AFP had stronger investigative powers than the compliance unit of the Department of Agriculture.

Mr Wilson said he was told by the AFP that because the events allegedly documented in the bank statements that he provided took place in the Middle East, it was outside their jurisdiction.

He said he was told by the AFP the information was then handed to the Department of Agriculture’s investigative unit.

The Department of Agriculture announced last Friday, July 26, that it had found no evidence to suggest breaches of Commonwealth law had been committed in relation to alleged payments, and no evidence that footage was contrived or that ventilation fans had been turned off.

“In relation to not finding any criminality, let me just say that my industry, the industry that underpins the livestock industry in Western Australia and that supports thousands of farmers across our state, was tried in the court of public opinion.

“I believe that my farmers and the public of Australia are owed the facts of this matter.

“If $175,000 was paid to a whistle blower to provide that footage, I think that not only my farmers but the Australian public have a right to know. I will pursue this to the bitter end to find out whether that was in fact the case.”

Sheep Central has asked the Department of Agriculture for a response to Mr Wilson’s comments today which will be published when received.