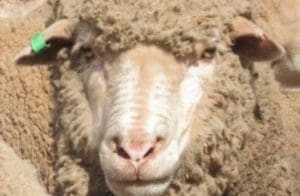 A VICTORIAN sheep farmer has escaped jail by pleading guilty to four charges of animal cruelty in the Bendigo Magistrates Court.

Agriculture Victoria said an absentee producer agisting sheep in the Bendigo region was convicted of animal cruelty charges in the court recently.

The producer pleaded guilty to a total of four charges, two of cruelty and two of aggravated cruelty, and was convicted and placed on an 18-month community corrections order and required to complete 200 hours of community work.

In handing down the sentence, the magistrate said if not for the plea of guilty, a term of imprisonment would have been imposed. The magistrate referred to the farmer’s conduct as disgraceful. He said farmers are the backbone of rural Australia and the accused was giving farmers a bad name in such a shameful manner.

Agriculture Victoria animal health and welfare compliance manager Daniel Bode said the farmer failed to comply with notices under the Prevention of Cruelty to Animals Act 1986.

“Throughout the period of offending, the sheep continued to suffer and were not being provided with appropriate food or treatment, leaving our officers no alternative but to euthanise several sheep that were suffering,” he said.

Between 3 May and 9 May 2019, authorised Agriculture Victoria officers attended the property and found 72 sheep were not provided with proper and sufficient feed.

Of the 72 sheep, nine had recently deceased, eight were seriously disabled and were euthanised.

As a result of the continuing non-compliance, Agriculture Victoria seized the remainder of the animals.

Mr Bode said apart from the obvious pain and suffering of the animals, animal welfare breaches can jeopardise Victoria’s reputation on international livestock markets, which can affect all producers.

“This is a reminder to all livestock producers that animal cruelty will not be tolerated by the Victorian Government or the community.

“Also, those producers who farm as absentee owners are reminded that adequate supervision is a requirement particularly during risk times such as summer to ensure animals have proper and sufficient feed, water and shelter,” he said.