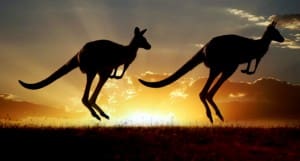 VICTORIA’S kangaroo pet food trial will be extended into 2018 and expanded across four new local government areas, the state government has announced.

Minister for Energy, Environment and Climate Change Lily D’Ambrosio said the Greater Bendigo, Glenelg, Loddon and West Wimmera shires will be added to the trial from September 19 2016.

The trial has been underway since 2014 to test whether a sustainable commercial pet food industry could be established using kangaroos controlled under the Authority to Control Wildlife (ATCW) permit system.

Ms D’Ambrosio said the trial has received positive support from participating landowners and the pet food industry, helping to reduce waste by processing more than 30,000 kangaroos for pet food and creating jobs for regional Victoria.

“This trial was set up to examine whether a viable pet food industry can be established using only kangaroos controlled under Authority to Control Wildlife permits, to reduce the waste associated with this control work.

“The expansion of the kangaroo pet food trial into the Greater Bendigo, Glenelg, Loddon and West Wimmera shires follows consultation with local councils,” she said.

The expansion of the trial won’t change the requirement for landholders applying for an ATCW to demonstrate that kangaroos are causing damage to their property.

All participants in the Kangaroo Pet Food Trial must comply with the relevant requirements of the  Wildlife Act 1975 and the Meat Industry Act 1993. There are severe penalties for non-compliance with these Acts and the conditions of any authorisation.

Along with the expansion, a number of other changes are being implemented to improve compliance under the trial, including a tagging system to ensure traceability of kangaroo carcasses from the property where they are controlled through to the pet food processing facility.

While kangaroos are a protected species in Victoria, there are situations where kangaroos can cause damage which can negatively affect Victorian farmers, regional communities and biodiversity. The Department of Environment, Land, Water and Planning (DELWP) issues Authorities to Control Wildlife (ATCWs) under section 28A of the Wildlife Act 1975 for the control of kangaroos where they are demonstrated to be damaging pasture, crops or other property or impacting on biodiversity values. Wherever possible, DELWP advocates non-lethal management of kangaroos, but where non-lethal techniques are ineffective or impractical, lethal control may be necessary, the department said.

More information about the Kangaroo Pet Food Trial is available at http://www.delwp.vic.gov.au/environment-and-wildlife/wildlife/kangaroos