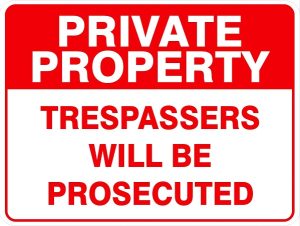 VICTORIAN farmers will be protected from animal activism by increased penalties for trespassers breaching farm biosecurity plans, in legislation introduced into parliament today.

However, Leader of The Nationals Peter Walsh said farmers will be carefully combing through the legislation wording to make sure the government hasn’t left loopholes that will allow activists to escape penalty.

Mr Walsh said by finally introducing these laws on the very last day of parliament for 2021, Labor has made sure farmers will be forced to wait at least another six months before they actually get the protections.

Last month, Mr Walsh again reminded the minister of her promise in January 2021 that the laws would be delivered by the end of the year.

The government said farmers will soon be able to implement biosecurity management plans (BMPs) which can include measures such as requiring consent from farmers before entering a property covered by a BMP.

The Andrews Labor Government said those who fail to comply with the biosecurity plans will face penalties among the heaviest in Australia, with on-the-spot fines of $1272 for an individual or $8178 for an organisation.

Further penalties of up to $10,904 for an individual and up to $54,522 for an organisation could apply for more serious offending. The new arrangements will come into effect in 2022.

The government said its Livestock Management Amendment (Animal Activism) Bill 2021 will address the serious impacts of trespass on Victorian farms and recognises the significant biosecurity risks that breaches from animal activists can pose.

“We hope this will see the end of token $1 fines for farm invasions that we have seen in the past,” she said.

“We believe that this is in line with community expectations, trespass is not an appropriate form of protest.”

The government said the proposed legislation seeks to:

Minister for Agriculture Mary-Anne Thomas said farmers and the agricultural industry should be able to do their work without fear of being targeted by animal activists.

“This sort of activity is highly distressing for farming families and puts the biosecurity and safety of the animals that activists purport to protect at risk.

“Victorian farmers work hard to keep their animals safe and protect them from pests and diseases with robust biosecurity systems,” she said.

“This new legislation will deter behaviour that puts that hard work at risk.”

The government said the new measures are part of its response to the Inquiry into the Impact of Animal Rights Activism on Victorian Agriculture that was delivered its report to parliament last year. The Labor Government supported 13 of the report’s 15 recommendations in full.

Peak industry bodies which represent farmers and agribusinesses, as well as animal welfare organisations were consulted during the development of this legislative framework and will be further engaged as the regulations are finalised, the government said.

Other states already have legislation in place

“Labor’s slow action sends the wrong message to extreme animal activists who will doggedly go to any lengths to destroy the livelihood of hard-working Victorian farm families,” he said.