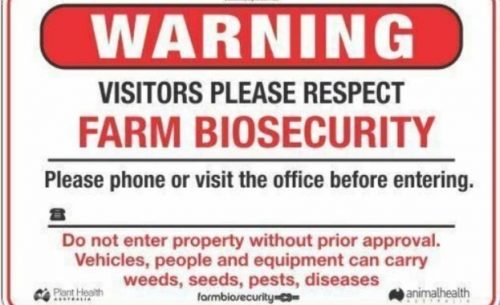 VICTORIA’S inaugural biosecurity reference group has been formed to ensure investments and activities are practical and relevant to industry and community.

The group will meet for the first time on 28 March.

The biosecurity reference group members are:

The new group has been established as part of a Victorian Government’s $28 million program to strengthen the state’s biosecurity system.

She said it demonstrated how invested industry and community members are in their desire to help contribute to a stronger biosecurity system for Victoria, and to be part of the process.

“Biosecurity is key to not only protecting our agriculture sector, but also our environment, biodiversity, cultural heritage, economy and way of life,” she said.

The reference group was established in response to calls from industry and the community to establish stronger partnerships with government on biosecurity and for more formal opportunities for non-government stakeholders to have input into decision-making, Agriculture Victoria said.

“Reference Group members will play an important role in providing feedback to Agriculture Victoria on proposed investments and activities to help ensure they are practical and relevant to industry and community,” Dr Clift said.

A further two members representing the aquaculture and grains sectors will be added soon.

Dr Clift said the establishment of the biosecurity reference group was an important step towards a stronger biosecurity system that can reduce, respond to and manage increasing biosecurity risks.

“The work of this group will ensure the system is better prepared, more adaptive, and resilient – ultimately protecting Victoria’s economy, environment, and people.

“Importantly, the biosecurity reference group will also ensure industry and community views continue to shape the future of biosecurity in Victoria.”

For more information about the group visit: www.agriculture.vic.gov.au/brg