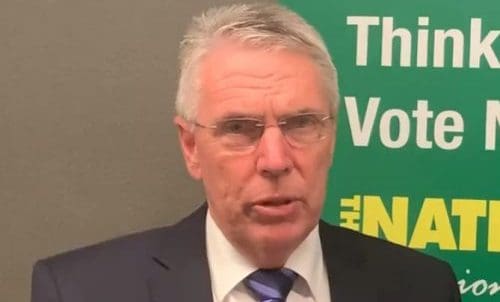 VICTORIAN farmers have backed a State Government Opposition call for more action on farm trespass fines after the Andrews Labor Government was challenged on the issue in parliament yesterday.

The Victorian Government said today that despite the challenges of the Coronavirus pandemic, development of legislative amendments to deter animal activists remains on track. This includes the introduction of on-the-spot fines for trespassers.

Subject to parliamentary processes, it is anticipated that the new framework will be in place by mid-late 2022.

Minister for Agriculture Mary-Anne Thomas was asked for an update on the trespass legislation in Parliament yesterday and said “work is well underway” and legislation will be introduced “in due course”.

“We will deliver on our commitments, as we always do, and I look forward to bringing that legislation in due course,” she said.

When Leader of The Nationals and Shadow Minister for Agriculture Peter Walsh asked Ms Thomas why on-the-spot had not been introduced in Victoria, but had in New South Wales, Queensland and South Australia, Ms Thomas said “there already is an offence of trespass and that it can already be employed, and indeed that we have a policing unit that is dedicated to supporting farmers and attends to crimes on farms and that we have this work already underway.”

Mr Walsh said the government’s lack of progress left farmers and their families exposed to theft and people illegally entering their property. The Nationals said new on-the-spot fines for extreme activists who trespass on Victorian farms and threaten the safety of farm families were not in place nearly two years since the protective measure was recommended.

In June 2020, the Andrews Government said it supported 13 of 15 recommendations of the Inquiry into the Impact of Animal Rights Activism on Victorian Agriculture, including incorporating on-the-spot fines for biosecurity breaches caused by trespassers into legislation.

“The Government will introduce this legislation with a view to making fines for this behaviour among the heaviest in Australia,” a statement from then Minister for Agriculture Jaclyn Symes said.

Government quick to act on COVID-19, slower on trespass

A Victorian sheep producer whose property was listed on a map published on an activist group website told Sheep Central today said the Victorian Government’s progress on implementing increased trespass fines was inconsistent with the speed of its COVID-19 pandemic actions.

“I would have thought a simple Bill on privacy or trespassing on farms wouldn’t be that difficult.”

The producer said farmers were exposed to trespassing activists and could not contain their farms in security fences.

“So there has got to be some legislation to protect private property, even from a biosecurity point of view.”

Victorian Farmers Federation Livestock president Steve Harrison said the current trespass fines are “pretty insignificant” and the VFF would like to see them increased. He believed there was an urgent need for updated legislation on farm trespass.

Mr Walsh said the Ms Thomas had tried to claim that the delay doesn’t matter because farmers are protected by existing laws, but he said flaws in existing legislation are exactly why reforms are needed.

“The Minister’s failure to introduce this important legislation only emboldens extreme animal activists to trespass on and steal farmers’ private property.”

Mr Walsh said the Minister’s efforts to avoid giving a timeline could only mean one thing – that the new laws were not ready.

“Other states have already done the work to draft, introduce and pass legislation for on-the-spot fines,” Mr Walsh said. 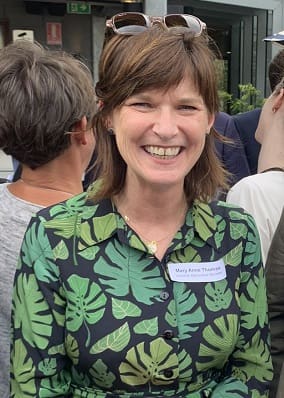 Ms Thomas told Sheep Central the state’s farmers and agricultural businesses should be free to do their work without fear of being targeted by animal activists, who put hard working farming families, biosecurity and the animals they purport to protect at risk.

“Significant work has taken place this year to engage with industry and develop legislation and I look forward to having more to say about these reforms soon.”

The government said Agriculture Victoria has consulted with key stakeholders including the VFF on proposed legislative changes, which will create a new biosecurity offence relating to trespass on private land.

The inquiry into the Impact of Animal Activism on Victorian Agriculture held by the Legislative Council’s Economy and Infrastructure Committee recommended the creation of a new biosecurity offence requiring any person entering a livestock premises to adhere to the property’s biosecurity management plan (BMP), with those who fail to comply receiving an on-the-spot fine.

The Government said its proposed legislation sought to give effect to the following recommendations:

Recommendation 4 – That the Victorian Government review the Livestock Disease Control Act 1994 (LDCA) with a view to the creation of an offence for all visitors’ / trespassers’ non-compliance with a BMP, including a requirement that all visitors / trespassers must comply with plans. In cases of trespass, it should be clear that there is no requirement for owners to have explained the BMP to those trespassing.

Recommendation 5 – That the proposed new biosecurity offence include an on-the-spot fine, similar to the New South Wales (NSW) model, for non-compliance with BMPs.