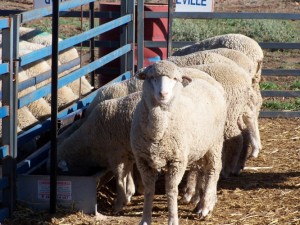 Lambs at a feed trough.

VICTORIAN farmers hope to have a response from the State Government this week on their call for a second round of stock containment grants to be made available state-wide.

On December 2 last year, farmers in the Wimmera, Mallee, North Central and the Goulburn Broken Catchment Management Authority regions were told they could apply grants of up to $2000 to establish stock containment areas to help manage their livestock in the dry conditions being experienced in these areas.

However, VFF president Peter Tuohey said the first round of stock containment grants was fully subscribed within weeks of its release and more assistance was needed across Victoria in other catchment areas.

Mr Tuohey said many farmers in the CMA areas also missed out on the grants, but producers affected by fire, lack of water and pasture feed also needed stock containment area assistance.

VFF Pastoral Group president Ian Feldtmann believed the strong response the government received from its initiative has demonstrated a need from producers to have such a grant in place.

“We have formally written to Agriculture Minister Jaala Pulford and encouraged the offer of a second round of funding in 2016, as it seems there is no relief in sight for drought affected livestock producers.

“We also believe grants shouldn’t be restricted to a line on a map and as such, we have asked the Minister to be flexible when assessing applications.”

The areas enable farmers to fence off part of the farm to hold, feed and water livestock in tough conditions such as drought and after a bushfire.