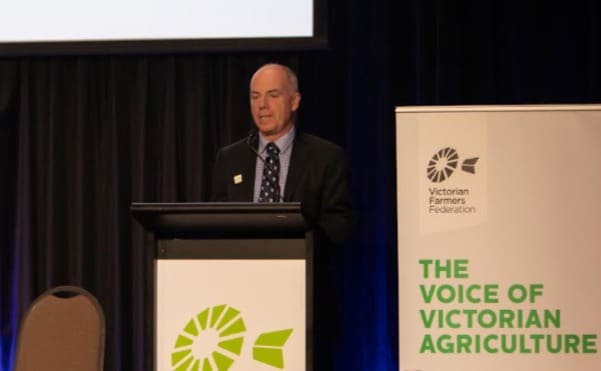 VICTORIA’S peak livestock farming council has opted not to support a call by its president for a ban on Australian tourists visiting Indonesia until the country’s Foot and Mouth Disease vaccination program is completed.

Victorian Farmers Federation Livestock Council president Steve Harrison flagged at the 2022 VFF Grains and Livestock Conference in Ballarat yesterday that he supported a ban on tourist travel to Indonesia while FMD vaccination of Indonesia’s livestock was underway.

Mr Harrison said while he personally believed that there should be a ban on tourism to Indonesia until FMD vaccination is concluded, the VFF Livestock Council that met today did not support the measure.

However, Mr Harrison said he did have council support for tighter border controls on overseas travellers coming in Australia, including the changing of clothes before returning, and the dissemination of more information to Australians on the biosecurity risks before travelling to Indonesia and other countries with FMD.

Mr Harrison said he had sought a three-month ban on Australian tourist travel into Indonesia until FMD vaccinations were completed.

“I had it in my president’s support and there is some support for it.

“At the least, tourists need to be aware of the risk to farmers, our economy and the welfare of our livestock that FMD represented.”

Mr Harrison’s call follows a similar proposal from Global AgriTrends meat and livestock market analyst Simon Quilty last month, who called for a ban on Australian tourism travel into the region for at least six months due to the “Indonesian government’s slow response to the crisis”, the lack of vaccines and uncontrolled movement of cattle.

“We have a problem on our doorstep we need to think about, not just put our head in the sand,” Mr Quilty told an audience at a Pasture Agronomy Service conference at Wagga Wagga.