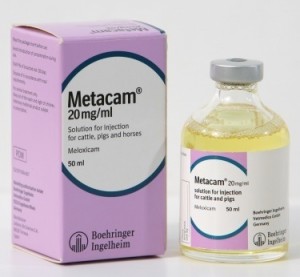 AUSTRALIAN veterinarians have seemingly won the first round in their battle to resist wider prescription-free access to important pain relief medications for sheep and cattle.

The Therapeutic Drugs Administration’s Advisory Committee on Medicines and Chemicals Scheduling and a TGA Delegate have sided with the Australian Veterinary Association in opposing the rescheduling of injectable meloxicam from S4 to S6 on the Poisons Standard.

The rescheduling of injectable meloxicam at up to two percent concentration — currently marketed by the German-based company Boehringer-Ingelheim as Metacam — would have meant the product could be sold without the need for a veterinary prescription.

A statement on the AVA website said the TGA’s interim decision on injectable meloxicam came after a hard-fought campaign, led by the AVA and its members, opposing the proposed rescheduling.

“There were a total of 333 public submissions; of these 309 were opposed to the rescheduling.

“The submissions by the AVA and the special interest groups of the AVA, along with the Racing Australia submission were specifically noted as having influenced the TGA’s decision,” the AVA statement said.

The TGA’s interim decision was listed on its website on 10 March, but was made at a meeting in November last year. The AVA said the TGA’s decision specifically noted many of the risks that were identified by the AVA.

“It was acknowledged that removal of veterinary oversight has the potential to increase adverse events, including risks associated with diversion of use to species other than sheep.

“The TGA also noted AVA’s argument that there are no significant barriers to accessing meloxicam for veterinary use that need to be addressed by rescheduling,” the AVA said.

“We would like to thank the AVA volunteers on the working group who have represented your committees, and contributed to the design and execution of this advocacy campaign. They worked tirelessly on this campaign, as well as the two other veterinary medicine campaigns that we are still awaiting decisions on.”

The AVA has also appealed an earlier TGA decision to reschedule the lamb pain relief drug NumOcaine/Lidocaine from S4 to S5 status and is also opposing a proposed TGA amendment to the Poisons Standard to make oral transmucosal preparations of up to 1 per cent Meloxicam concentrations for pre-surgical animal treatment and pain management from Schedule 4 to Schedule 6 status to allow access without a prescription. Oral-form Meloxicam as Ilium Buccalgesic OTM is used for calf castration and dehorning or in lambs for castration, tail docking and mulesing.

Sheep Central believes the TGA committee has deliberated on the proposed rescheduling of NumOcaine/Lidocaine and Buccalgesic, but the AVA believes notification of the decisions is not expected until June this year.

The TGA Delegate found that the removal of veterinary oversight via a Schedule 6 classification for injectable meloxicam has the potential to increase the number of adverse events associated with the substance.

TGA Delegates decide on whether or not to approve a medicine for supply in Australia. They are typically senior officers in the TGA’s Prescription Medicines Authorisation Branch.

“I agree with the committee that there are no significant barriers to the access of meloxicam for veterinary use that would be addressed by creation of a new Schedule 6 entry, as preparations of meloxicam are presently available at low cost with a valid prescription.

“I also note that meloxicam continues to be regulated as a prescription-only medicine in all major international markets, including the USA, UK, Ireland, Canada and New Zealand,” the TGA Delegate said.

“The rescheduling of meloxicam in any form would therefore be out of alignment with regulatory controls that are in place in these countries.”

The Delegate said the rescheduling of injectable meloxicam should also include preparations presenting lower risk of needlestick injury, or else the scheduling remaining unchanged.

“With regards to section 52E(1)(e) of the Act, I have doubts regarding the implementation of the proposed changes, in particular the potential for diversion to animals other than sheep for purposes other than those specified in the Application.

“The potential for intentional or inadvertent misuse of meloxicam under a Schedule 6 classification is significant, and given the toxicity profile of the substance, poses an unacceptable risk to animal welfare,” the delegate said.

“I have also considered the potential for diversion of veterinary preparations of meloxicam to humans; however, deem this to be less likely as preparations for human use are readily available.”

The Delegate considered 232 written submissions received in response to the pre-meeting public notice, the majority (229 out of 232) of which were opposed to the application.

Boehringer Ingelheim Animal Health Australia said it is important to understand that it was not proposing to to reschedule all products containing meloxicam.

“Instead, the company has proposed an additional product entry into the S6 schedule specifically for injectable meloxicam products labelled to deliver pain relief to sheep undergoing common husbandry procedures that do not require veterinary intervention,” the company said in a statement.

“The S6 scheduling would allow Boehringer Ingelheim Animal Health to deliver comprehensive direct-to-farmer information and education about the role of injectable pain relief on-farm which is currently restricted by law,” the company said.

“This would support further adoption of best-practice animal welfare management in Australia.

“In this proposal veterinarians will continue to play a critical leadership role in animal wellbeing on-farm.”

The company said while there is no doubt that animal welfare outcomes have improved in recent years, with 41 percent of wool growers reporting the use of analgesia and/or anaesthetic when undertaking common husbandry practices such as mulesing, further progress can be made in broadening access to on-farm pain management products and education.

Boehringer Ingelheim Animal Health Australia will make a further submission to the TGA in relation to the interim decision.

“Boehringer Ingelheim Animal Health Australia will respond to the regulatory authority and continue to work closely with all stakeholders over the coming months.

“We expect a final decision later in 2022,” the company said.

Metacam® 20 was first registered for cattle in Australia 19 years ago, making Metacam® a well-known brand in the agricultural veterinary space. Metacam® 20 was registered for sheep in the Australian market in 2016, providing veterinarians with an innovative, long-lasting solution for pain relief for routine husbandry procedures, Boehringer Ingelheim Animal Health Australia said. Metacam® 20 is an NSAID given in a single intramuscular injection for sheep 14 days and older. It starts working within 10-15 minutes, and the pain relief lasts up to 72 hours, the company said.