Veterinarians for Climate Action speak up for livestock

AUSTRALIA’S Veterinarians for Climate Action believe urgent action is needed to help protect animals and pets from the impacts of climate change.

The group said the latest Intergovernmental Panel on Climate Change report documents widespread and critical impacts on people and the natural world from increasingly frequent and intense heatwaves, droughts, bushfires, storms and floods. Some impacts are now irreversible.

The Veterinarians for Climate Action group is committed to bringing a halt to climate change to protect the health and welfare of all animals, livestock, unique Australian wildlife and much loved pets. 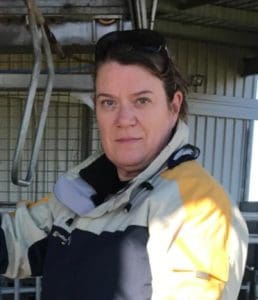 Veterinary consultant Dr Helen McGregor said vets in rural and regional Australia are already experiencing the impacts of climate change on the farm businesses and communities they work with.

“Without urgent action for change, this will only increase.”

“The impacts of climate change are already being felt across the agricultural industry.

“An increase in the number of hot days is also contributing to more severe droughts and changes in rainfall patterns are leading to both water shortages and impactful flooding.”

VFCA said in cities and other built up areas with extensive roads or paved surfaces and few trees, temperatures are predicted to warm more than 4ºC by the end of the century unless strong climate action is taken with drastic cuts in greenhouse gas emissions.

The IPCC report has stressed the importance of healthy environments and biodiversity, but the VFCA said climate change is already damaging precious ecosystems, from forests to alpine areas. Nearly three billion animals – mammals, reptiles, birds, and frogs – were killed or displaced by the 2019-20 bushfires in Australia.

Veterinarians for Climate Action is urging all governments in Australia to take vigorous action this decade to bring climate change under control and believes the nation must aim to achieve net zero emissions by 2035, with a rapid shift away from fossil fuels to a fully renewable-powered economy.

“But its message is anything but. We are being harmed by climate change now, and the future is potentially terrifying.”

”We are seeing climate change play out in real time with unprecedented rainfall and flooding taking a horrible toll on communities in QLD and NSW. These events will only get worse if we don’t act now to reduce emissions,” he said.

The Climate Council’s Director of Research Dr Simon Bradshaw said Australia is one of the most vulnerable developed countries in the world.

“Right now, communities in south-east Queensland and northern NSW are being pummelled by extraordinarily intense rainfall and flooding.

“These communities have hardly had time to recover from past disasters and again they’re facing profound heartbreak and loss.”

“The report is very clear: any further delay in global action will miss the brief and closing window to secure a liveable future.”

“Governments must slash emissions this decade and rapidly transition away from burning fossil fuels.

“If all countries copied Australia’s dangerously weak response, we would be headed for warming in excess of 3°C – far beyond anything it is possible to adapt to.”

“It is offensive to me, other firefighters and Australians dealing with climate change, that we are not only the worst climate performer out of all developed countries but we have a federal government that is actively making the problem worse by funding new fossil fuel developments.”

“However, it is also clear that urgent emission reductions through renewable energy and new clean industries could see us avoid the worst financial shocks and bring about incredible economic opportunities, especially for our regions.”