Velvet hits the beach as detector dog Finlay noses in 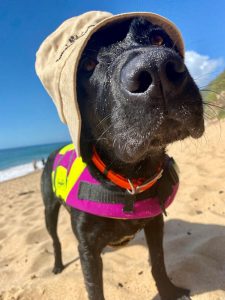 AUSTRALIA’S frontline detector dog ranks have been maintained at full-strength with the graduation of new member Finlay.

The program has 42 detector dogs on patrol after Velvet retired and new graduate Finlay joined the ranks.

First Assistant Secretary of Biosecurity Operations at the Department of Agriculture, Water and the Environment Colin Hunter said detector dogs and their handlers are a vital part of Australia’s biosecurity detection capabilities, intercepting tens of thousands of biosecurity risk items each year.

“Detector dogs play an important role in ensuring biosecurity compliance of travellers and are key to finding difficult to detect biosecurity risk.

“We continue to have 42 detector dogs deployed nationally to sniff out biosecurity threats through the traveller, mail, and cargo pathways,” he said.

“Velvet had 2600 actionable biosecurity seizures in her career, including fruit, vegetables, meat, seeds and eggs, and was the first detector dog to successfully detect a live Brown Marmorated Stink Bug.

“Velvet has retired to a loving home, has settled in nicely with the rest of her new pack and now enjoys long walks on the beach.” 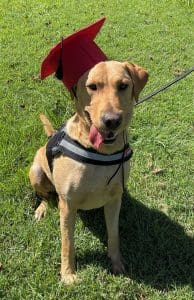 Mr Hunter said the most recent graduate, Finlay, completed his novice detector dog training in January. Following a brief deployment in the mail, traveller and cargo environments in Brisbane, he is now on his way to Sydney to continue sniffing out biosecurity threats. At only two years old Finlay is very energetic.

“With the return of international travel, detector dog teams around the country are ready to meet the increased demand for screening.”

The detector dogs have recently been conducting biosecurity inspections on imported vehicles as the exotic pest Brown marmorated stink bug can be found hitchhiking on board these vehicles. The first ever dog to sniff out a live detection of these nasty hitchhikers was Velvet.

The highest volume commodities detected were plant and plant products, including seeds, with more than 6900 interceptions across the four international mail centres.