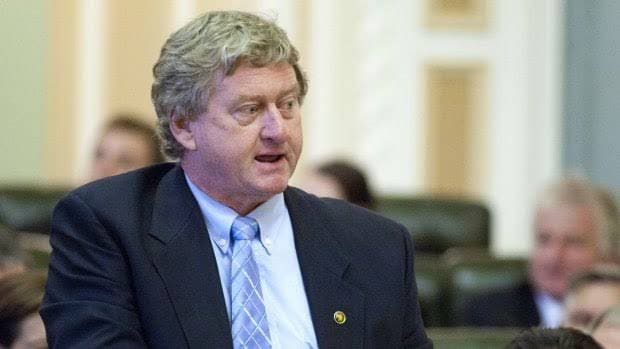 FORMER western Queensland-based Nationals MP Vaughan Johnson has passed away, aged 75 – prompting a series of tributes from across the political spectrum.

Mr Hohnson was born in New South Wales and moved to Queensland as a child. He was a grazier and contractor before being elected to the seat of Gregory in 1989, which he held until 2015.

Mr Johnson spent most his time in opposition, holding a series of shadow ministries. When in government from 1996-98, he was the Minister for Transport and Main Roads. He also worked through the merger of the Queensland Nationals and Liberal parties in 2008.

Agriculture was a major part of Mr Johnson’s agenda as an MP and after his retirement. He was appointed as a director of the Indigenous-owned Woorabinda Pastoral Company and was well-known in western Queensland for his work a wild dog fencing commissioner.

In 2020, he was awarded a Medal of the Order of Australia for his service in parliament and in the community.

Many from across the political spectrum have taken time to pay to the former Gregory MP their respects, including his successor Lachlan Millar, who said many across the state will share his sadness.

“He was passionate about the people of Gregory and his fierce love for western Queensland never left him. An authentic, larger-than-life character, his fairness, energy, shrewd intelligence and his genuine concern for people’s struggles made him an outstanding MP,” Mr Millar said in a Facebook post.

“He travelled constantly and worked tirelessly to ensure western Queensland had a voice.

“Vaughan was also a great mate and I will always be grateful for the advice and support he extended to me personally when I became the member for Gregory,” he said.

“While he did not take naturally to retirement, he loved having more time with his children, grandchildren and his brothers and sister.”

“Vaughan Johnson was always willing to put politics aside to make a difference for regional Queenslanders. So much so since first meeting him when I was a senator for Queensland we exchanged mobile phone numbers and spoke to one another on a regular basis,” Mr Furner said.

“He was widely respected across the state, and was still playing a vital listening role as one of Queensland’s drought commissioners and advocate for the Labor Government’s cluster fencing initiative.

“Vaughan’s larger than life personality left an impression on everyone he met, and often a great story to tell as well. I was able to call Vaughan a friend and will miss his candour and insight.

Vaughan Johnson was a champion of all things regional Queensland.

More importantly, he was a man of true character with a handshake as strong as oak.

“Fiercely loyal and a tenacious fighter for his communities in western Queensland.  Vaughan always had a colourful turn of phrase like ‘country so good you can plant a feather and grow a chook’,” Ms McDonald said.

“They broke the mould after Vaughan and I am very sad to hear of his passing. Rest in peace Vaughan.”