The initiative by peak grower body WoolProducers Australia and Animal Health Australia was launched virtually with its own website, industry speakers, testimonials and a new handbook.

The launch attracted industry stakeholders from Australia, New Zealand, South America and Europe. Click here to see a video of the launch. 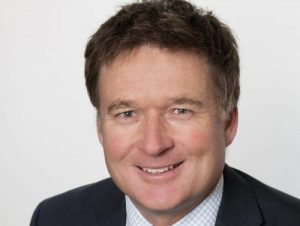 WPA president Ed Storey said the campaign wanted to highlight the framework the Australian wool growers operated in and contributed to, as well as their management of animal health, disease and welfare.

“A sheep can’t be productive unless its health and welfare is first-class, but in addition to that we operate in a framework in this country, with Prevention of Cruelty to Animals legislation in each state and a joint industry-government partnership on standards and guidelines.

He said through AHA the industry ran a large number of programs that are paid for by wool growers, in conjunction with government, underpinning health and welfare, disease mitigation strategies for endemic and exotic diseases, education and biosecurity.

“We have a range of systems in place to underpin the health and welfare of our sheep.”

Mr Storey said the systems, programs and standards in the wool industry were under-appreciated by customers.

“For years and years we have just got on with these things … but people are now concerned about animal welfare and sustainability.”

He said the alignment of the Australian Sheep Sustainability Framework with the UN sustainability goals was highlighted during the launch.

“We think sometimes other countries and our customers … we haven’t made them aware of these systems and wonderful things we do to look after our animals.”

Mr Storey believed the campaign will cut through to wool consumers, with online and social media material being translated into different languages.

“It will highlight the day-to-day practices that we (growers) do.”

He said people want to know about more than just animal welfare now, such as sustainability and biodiversity.

“It will enable us as an industry to start a conversation by being very transparent about practices, we’ve got nothing to hide, by being very open and honest about the many good things and many good programs we run to look after biosecurity and the health and welfare of our sheep.”

WPA chief executive officer Jo Hall said the Trust in Australian Wool handbook explains how the Australian wool industry has evolved to produce the best quality wool in the world.

“Australian wool is the wool of choice for fine apparel and luxury garments; sought after by all processing nations due to its renowned quality.

“Underpinning this popularity are the world-leading practices our woolgrowers use on-farm, every day, along with state and national frameworks, quality assurance systems and innovations,” she said.

“This handbook outlines how all of these elements work together to produce Aussie wool — a natural, sustainable product that is recognised globally for its excellence and quality.”

The handbook is the first of its kind and has been created to further strengthen trust among consumers who drive demand for Australian wool. It contains information on sheep health, welfare and biosecurity practices, as well as the exceptional sustainability and traceability processes that support the Australian wool industry.

AHA CEO Kathleen Plowman recommended the handbook to anyone interested to learn more about the Australian wool industry.

“It provides a simple yet comprehensive summary of the industry, its key features and achievements, as well as its framework for ensuring the excellence of its products.

“Through this information, it highlights the success of the Australian wool industry and tells a story that we can be proud of — and should be sharing often,” Ms Plowman said.

Industry-wide testimonials, but not AWI

Mr Storey recognised the value of the research, development and extension work that AWI does to, in the long-run, to improve sheep health and welfare.

“We are happy that they are all part of the Trust in Australian Wool program.”

But he said he was disappointed AWI did not provide a testimonial for the launch, although the body also gave some translation assistance and he hoped WPA could engage with AWI on the program in the future.

“As an industry we’ve got to all work together as much as we can.”

An AWI spokesman said AWI supports every initiative that promotes Australian wool and wished WPA every success with the campaign.

“AWI promoted the event through its social media channels and were thanked for doing so by WPA.

The spokesman would not comment on the value of the initiative or whether the campaign was a valid use of animal health and welfare levy funds.

“It is not for us to judge the value of other campaigns.

“We would expect WPA to put in measurement and evaluation just as we do on marketing and research projects,” he said.

The spokesman said a small number of AWI staff were contacted prior to the launch and asked to provide a testimonial.

“The chairman and the CEO were not asked.

“AWI does not believe it is within its remit as the research, development and marketing body for Australian wool growers to endorse the work of one industry organisation over another.”

The handbook is available at www.trustinaustralianwool.com.au