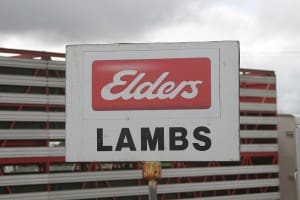 Forecast rain kept some lambs back in New South Wales, but in all saleyards restockers and processors bid strongly for quality lambs.

Demand continues to be strongest for the limited number of well-finished trade and export lambs coming into centres.

The National Livestock Reporting Service quoted its Eastern States Daily Indicators for slaughter lambs as either firm or higher. After Monday’s saleyard sales, the lamb ESDIs were: restocker 510c/kg, down 3 cents; Merino 461c/kg, up 2c; light 485c/kg, up 6c; trade 528c/kg, up 3c; heavy 539c/kg, no change. The national trade lamb indicator finished on Monday at 529c/kg and the heavy indice closed at 539c/kg.

The eastern states daily and national indicators for mutton closed on 266c/kg.

Western Australia’s latest OTH details were not available when this report was published.

The NLRS said all weights and grades were represented in a pretty good quality lamb yarding, with some good trade weights and excellent heavy weights.

Mutton quality was fair, with some good lines of heavy weight Merinos with good skins and the usual plainer types. Light and medium weight sheep were $1-$3 dearer, while the heavier weights were firm. The 2 score ewes made $30-$66, while the better 3 and 4 scores sold from $52-$95 for crossbreds and to $120 for woolly Merinos. Woolly wethers in prime condition sold to $124.

The NLRS said the lamb yarding comprised a very mixed quality offering, ranging from plain quality store lambs through to a fair supply of very well-finished heavy and extra heavy weights. Well-finished young lambs suitable to the trade were in limited supply. The usual buyers attended.

Demand was strong for the limited number of suitable lightweight lambs available to restockers, resulting in a firm to dearer market trend, when taking quality into account. A rain forecast and the limited supply were contributing factors, not so much the current level for the finished product. Well-finished trade weight lambs remained close to firm, with just enough to satisfy buyer requirements. The quality of the heavy weight lambs was very good and weights increased. These were contributing factors in the dearer prices paid on a firm to slightly dearer market trend.

The NLRS said there was a better selection of heavy lambs in the yarding, while the quality of lighter types off grass remained very mixed due to the dry season.

The lamb market recorded some stronger price averages overall compared to the previous week’s erratic trends, with most trade weight types $3-$6 dearer. Some of the lighter trade and store lambs posted higher gains at times. Bidding reached a top of $174 for heavy export lambs over 30kg cwt. About half a dozen pens of heavy lambs sold to export processors at $160-$174. In a repeat of last week, the strongest competition was for well-finished trade weight lambs suiting the major domestic orders.

The lead pens of shorn lambs weighing 24-27kg cwt sold from $135-$156, while the best of the medium trade weights around 22kg sold to $127. On a carcase basis, these better finished slaughter lambs averaged around 530-550c/kg cwt. Demand for light and small lambs was keen from both restockers and processors.

The sheep yarding was limited in quality. Price results were mixed, depending mainly on weight. Competition for extra heavy mutton remained subdued, with most heavy ewes making $66-$82, to be cheaper than a week ago. Prices for trade weight and light mutton were stronger, but based on limited quotes. A range of 220-270c/kg cwt covered most mutton sales.

Heavy ewes sold firm from $50-$61 at an estimated 214c/kg cwt. Trade mutton and good ewes sold to processors fell $3-$5 to $30-$45. The light mutton, 15kg and under, sold from $5-$20 to graziers with competition from live exporters. Wethers and rams remained firm. Heavy wethers sold from $94-$100, with feeders buying older lighter plain types for $52-$77. Young wethers sold to graziers for $52-$69. Rams were keenly sought after, with younger heavies suitable for live export selling from $40-$82 and older rams going to manufacturers for $10-$35.