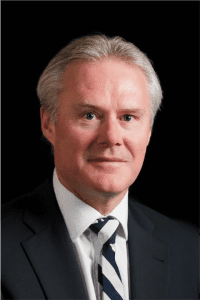 Plastic surgeon Dr Gary Kode says accidental injection is common in the livestock industry and can have significant health impacts.

A TASMANIAN plastic surgeon wants to establish a national specialist centre for research into the best treatments for accidental vaccination of humans with livestock products.

Tasmanian-based reconstructive and plastic surgeon Dr Gary Kode said livestock producers administering vaccines is to exercise extreme care and seek specialist treatment immediately in the event of accidental injection.
But he said there is no research into the best treatment practices for accidental vaccination, with doctors relying on anecdotal information.
“Accidental injection represents a serious risk for those working with livestock, so we need to know the most effective medical response,” he said.
Tasmanian lamb producer Georgie Burbury and Dr Kode this week also united in a call for wider use of safety needles to minimise accidental vaccination on farms.
In a Primary Industries Health and Safety Partnership release today, Dr Kode said accidental injection is relatively common in the livestock industry and many veterinary products are toxic to humans.
Ms Burbury has started using safety vaccination needles as one of the strategies to boost on-farm safety at her family’s lamb feedlot in Cressy.
The PIHSP said operators could be off work for months and face multiple surgeries, skin grafts, gangrene and even amputation.
Dr Kode said on average a patient accidentally injected with the vaccine for the sheep wasting disease OJD will be off work for eight months and have six operations.
“Some vaccines have mycobacterium in them, which is from the same family as tuberculosis.
“This is appallingly irritating to tissue when combined with mineral oil, which is also a common ingredient,” he said.
One of his cases involved a 56-year-old man who accidentally injected vaccine into his right hand and was given antibiotics by his GP before being referred to Dr Kode.
“I saw him on day four and he was in excruciating pain, but we needed to allow the vaccine to become localised before we could remove it.
“It ended up being several weeks before we were able to do a radical excision and remove the vaccine that had formed a mass in the muscles of his hand.”
Dr Kode said the surgery was similar to that required to remove cancer.
“Most accidental vaccinations occur in the non-dominant hand. In one case a 31-year-old farmer injected his left index finger with a vaccination for pink eye.
“The major problem in this case was the mineral oil. He sought treatment immediately and was given antibiotics, anti-inflammatories and then surgery, but in the end his finger developed gangrene and had to be amputated,” Dr Kode said.
The doctor’s advice to those who accidentally inject themselves is to see a GP for antibiotics (needles are rarely clean) and anti-inflammatories, before being referred onto a specialist. 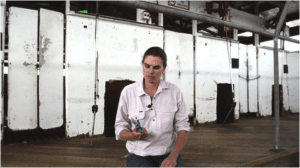 Ms Burbury said safety needles are very practical, “because you know that if a needle drops there is no chance that it can scratch someone or inject anyone.”

“They’re a really important piece of equipment that allows us to work really fast when we need to, but also really safely.”
Ms Burbury features in a video produced by the PIHSP, which is funded by several research and development corporations to encourage better on-farm safety practices.
Click here or visit the Rural Industries RDC YouTube channel (RIRDC) to see Ms Burbury talking about the best management practices at the Eastfield farm and feedlot.
To reduce the risk of needle stick injury:
Click here for more tips or visit the WorkSafe Victoria website.
Dr Kode was a guest speaker at the 2015 Nuffield Australia National Conference. Click here to watch his presentation on accidental injection with veterinary products or visit the Nuffield Australia YouTube channel.
The goal of the PIHSP is to improve the health and safety of workers and their families in farming and fishing industries across Australia. For more information, visit www.rirdc.gov.au/PIHSP
Source: PIHSP.