The way forward for live export on social media platforms LIVE export, cattle and peak farming bodies got some advice on social media strategy from one of the sector’s most followed ambassadors at the LIVEXchange 2022 conference in Darwin last week.

A conference session focused on what the sector has learnt since the three-month ban of live cattle exports to Indonesia in 2011, following a Four Corners report that highlighted the treatment of Australian cattle in Indonesian abattoirs.

Session moderator and live export class action facilitator Tracey Hayes said after the Four Corners report went to air there was an enormous outpouring of outrage, particularly played out on social media.

This definitely had influence over the government, while parts of the industry, sometimes without WiFi access, were “backward” in the social media space, she said.

Ms Hayes asked whether, 11 years on, if social media is a weapon in the industry’s arsenal and was it now better equipped.

She said Animals Australia has 1.6 million followers on Facebook, whereas Meat & Livestock Australia has 40,000, the National Farmers Federation 18,000 followers and the Northern Territory Cattleman’s Association 14,000 and the Cattle Council sits at 12,000. 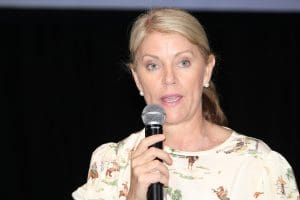 Ms Hayes asked Heli-Muster pilot Donal Sullivan, with 5500 followers on Instagram — more than the industry’s national bodies — and could be considered a social media influencer, was social media a distraction or an effective tool and “are we doing enough?”

“So social media is a great weapon, but it can be used both ways, it doesn’t discriminate,” Ms Sullivan said.

“They are platforms which constantly change, the algorithms change and they are designed to show you what you want to see, that’s going to keep you on the platform longer.

“So they do turn into individual echo chambers for each user, and so getting our people engaging with the people who we want to engage with is a big challenge and it does need strategy and it does need consideration,” she said.

She indicated it was not as simple as a representative body starting an Instagram account and putting up a few photographs.

“You are not going to actually achieve what you want to achieve by doing that, and there is definitely room for discussion about what is the role of our peak bodies on social media.”

“And that direction needs to come from stakeholders; what do we expect from our peak bodies on social media?” Ms Sullivan said.

“Is it the producers’ job, is it our representative bodies’ job, who is doing it?” she said.

Organise or someone else will tell the industry’s story

Ms Sullivan said if the industry did not organize for someone to tell its story, “someone will tell that story for us.”

“And I can guarantee if you search on Instagram (for) ‘live export’ if your algorithm doesn’t already involve agriculture it’s going to bring up animal welfare and animal rights issues.

“So who is there putting our story out there?”

“It’s not just a shoot from the hip and put a few photos up now and then, it’s a very powerful vehicle when it’s used properly and there is definitely a lot of room there for us to have a discussion and grow in that area.”

Ms Sullivan said the industry could always be doing more social media and in teaching industry people and organisations how to use the platforms as they change.

“There is definitely more being put out for producers in terms of telling the production story, but as a supply chain, as a live export industry, I think there is definitely some work that needs to be done,” she said.

“There are some big gaps there I think and like I said if we don’t tell that story someone else will tell it for us.”

After the session, Ms Sullivan said social media can be insidious and can be a weapon.

“It can be really insidious in how those algorithms work, so in a personal sense I actually try to limit my dealings with social media, because I find that it just really draws me away from enjoying what I’m doing day-to-day.

“So in a personal sense, I don’t see myself as an influencer … an educator perhaps, a reluctant ambassador in being someone who is putting myself and what I’m doing out there, so inadvertently I’ve become an ambassador, I accept that.”

Use social media to tell the meat story to Indonesians 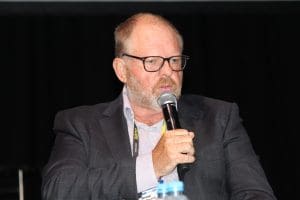 Feedlot consultant and president of the Queensland live Exporters Association Greg Pankhurst said the Four Corners story was the most highly-publicised story for a 10-year period, even eclipsing the 9/11 terrorist attacks in the United States.

Mr Pankhurst said only a percentage of the people in the live export sector were on social media platforms, but the industry needed to start thinking about talking to the people “outside the (industry) room” through whatever medium. He said of the 270-280 million people in Indonesia, the majority under 25 years-old were on Instagram, Facebook, Tik Tok or other platforms – 150-170 million people with a daily social media intake.

“We need to explain those numbers right across the board in Indonesia, because they are desperate to eat more and more high quality beef.”

All industry stakeholders have a social media responsibility 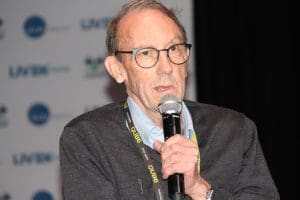 Former MLA general manager and now industry consultant Dr Peter Barnard said the industry is doing better in how it presented itself.

“Community sentiment of the industry has recovered fairly significantly from the 2011 exercise, but it’s important to continue to do more and I think social media is an absolutely important space.

“It appeals to the emotions as much as to the intellect and so you’ve got to introduce that emotional connection and that’s best done by actors at the coalface.

“And I think industry associations can facilitate increased presence on social media, but that we all have a responsibility … in this area.”

Everybody can be an influencer – Strong MLA managing director Jason Strong – the red meat message has been getting some influencer help.

In another conference session, MLA managing director Jason Strong, said the best thing producers could do was use the information on the ‘Australian Good Meat’ website to “point forward and tell the story”.

“So all of the resources that are here — borrow, steal, copy plagiarise, put your own face on them, whatever it takes, to get the message out there.”

Mr Strong said the MLA had in the last 12-18 months been working with social influencers to spread a positive message about Australian meat to a much broader audience.

“And one of the things that we often hear when we talk about this is that someone says ‘well I’ve never seen that’ … and you’re not our target market.

“One of the challenges we’ve got to get out of is how much we talk to ourselves about this and we should still do that, but we’ve got to do it in a positive way,” he said.

“Let’s talk about ourselves about how good things are and the good things we can do, but then also make sure that we talk to everybody else about the positive stuff.”

“Broadly, we are in fantastic shape and the best thing we can do is actually keep looking forward and promote a positive message as much as we possibly can.”