The Singing Shearer honoured with fund-raising

ABOUT 1000 people including 75 shearers turned out to support the children of The Singing Shearer Adam McClure at Coleraine on Saturday.

Adam McClure was known throughout the southern shearing industry as The Singing Shearer, with his songs celebrating the profession and life on the handpiece.

He was also known as “the wether wrestler”, a label taken from one of his most popular songs – The Last 50 Stroke – a favourite selection on shearing boards throughout south-west Victoria.

The shearer, song writer and former boxer died in a car accident on December 3 last year, and the fund-raising event at the Coleraine showgrounds was held to establish a trust fund for his daughters Frankie, 4, and Annabelle, 6.

“It was nothing short of amazing, very very overwhelming.

“We are still having people calling us now saying ‘sorry we couldn’t make it Saturday, can we please put some money in?”

Committee member Lynn Brown said more than $39,000 was raised in the goods and services auction, but a tally from all sources had not been compiled. 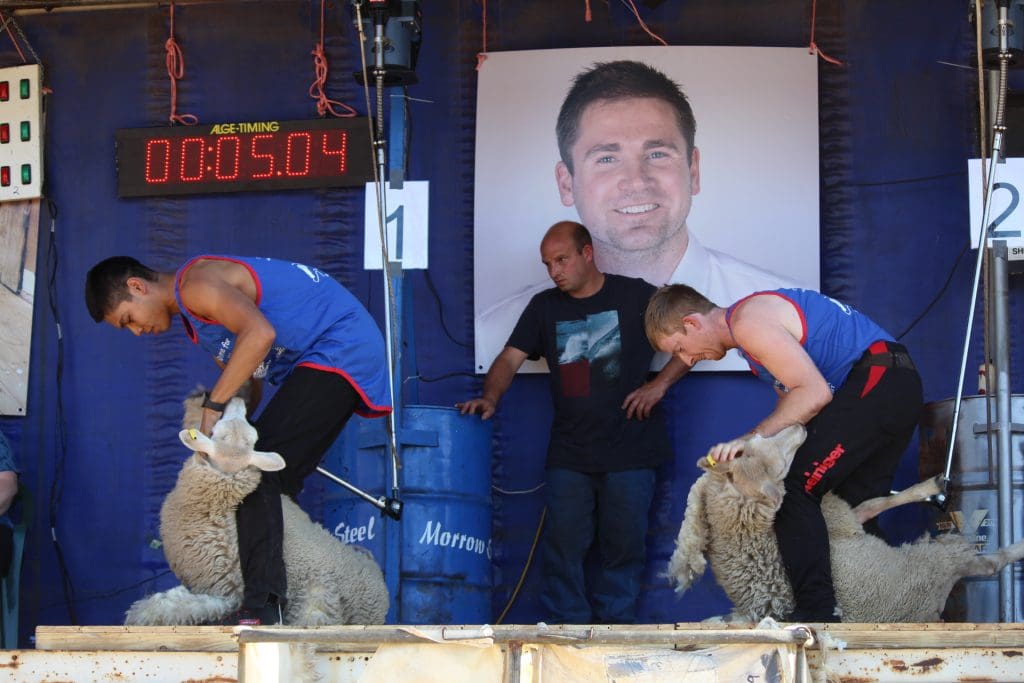 Shearers take to the quickshear stands to honor The Sining Shearer Adam McClure at Coleraine.

The winner of the open quickshear and $1400 in cash was Whanaka Whare from South Australia ahead of his brother Tipene Te Whare. Former Coleraine shearer Jason Wynn was third. The seniors event was won by Caleb Morgan from Andrew Moore. The intermediate event was won by Aiden Luhrus from Dylan Gray and Marni Hauraki. The Learners event was won by Tiakina Tunoa, from Sarah Polderman and Emily McKinnon. The ladies even was won by Jesse Janes, from Ema Hammonds and Toudy Fisher. The local event was won by Peter Bruce, from Barry Powell.