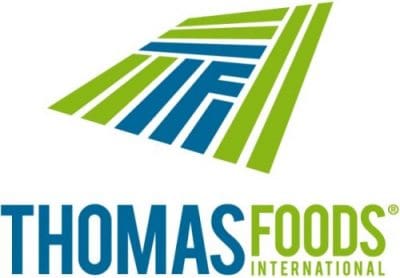 AUSTRALIA’S first 2019/20 summer lamb and mutton contracts were released today by Thomas Foods International as the company moves to secure future supplies for its Tamworth plant.

The contracts are for delivery to TFI’s Tamworth plant from late December to late February and price 18.1-32kg crossbred lambs at 820c/kg down to 810c/kg. The Merino lamb grid varies from 790c/kg to 770c/kg.

The mutton grid prices 20.1-32kg Merino and crossbred sheep at 620c/kg in late December down to 580c/kg by late February.

“That is underpinning it,” he said.

Landmark’s national livestock director Mark Barton said the contracts were a good start and “north of where the spot market is.”

He said with the season in New South Wales, lamb and sheep supply is expected to be under pressure this summer. Lamb producers across NSW have mostly been turning lambs off early due to poor pasture and high supplementary feed costs, but concern about future supplies is widespread after an already extensive sell-off of breeding ewes in many areas and low lambing percentages.

“They (the contacts) allow people who are thinking of shearing lambs and going something with them later on to have the confidence of a price point that they can work to,” Mr Barton said.

He would advise anyone who will listen to “take some of it and the best thing you can hope for is that they will be the cheapest stock you sell on the day.”

“Take a percentage that you are comfortable with, hope that they are the cheapest stock leaving your front gate, then everyone is a winner.”

Mr Homann said everyone in the industry, whether in cattle or sheep, is worried about what is around the corner with a rain event.

“We are seeing numbers pretty well falter in areas now, so what is a rain event going to do?

“I think everyone is actually scared of a consequences of a rain event – we are all worried about shortage of numbers one way or another,” he said.

“The meat job is fantastic, but the weather above us is dictating what is happening with everything.”