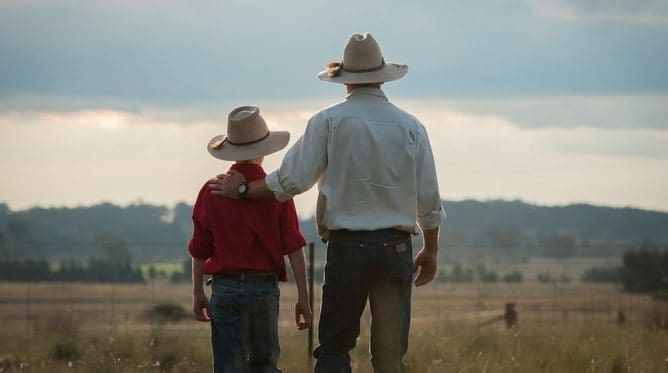 NATIONAL Agriculture Day, being celebrated today, has resonated strongly with Australian citizens, with social media, morning TV and city newspapers alive with conversations this morning about the contribution being made by people engaged in the ag sector.

The inaugural nationwide event celebrates Australia’s farming and grazing and related industries, which contribute so much to individuals, communities, our nation and the world.

Right across the country, there’s a raft of events and activities taking place from sausage sizzles to a black-tie gala dinner in Canberra to celebrate the industry’s achievements. Click this link to view a short video marking the occasion prepared by National Farmers Federation.

“Today is about spreading the word and putting the facts and figures out there to show the size and scale of Australian agriculture’s contribution,” he said.

“It’s a sector that continues to perform year-on-year and is one of the cornerstones of the Australian economy.”

The total value of Australian farm exports have increased by $7 billion over the past six years, from $38b in 2012-13 to a forecast $45.2b in 2017-18. In the most recent National Accounts figures, nothing added more to Australia’s GDP growth in the last year than agriculture.

“Agriculture is the lifeblood of many rural and regional communities, with agriculture and affiliated industries providing jobs to around 12 million Australians,” Mr Hartsuyker said.

National Agricultures Day was about getting much-deserved recognition for Australia’s agriculture sector and related industries such as transport and rural supplies businesses, processors, stock and station agents and accountants.

“We want Australians to stop for a moment as they tuck into their breakfast, lunch or dinner, and think about the efforts of those who produced their meal,” Mr Hartsuyker said.

“Our farmers are world-class and feeding people the world over—and our premium produce is well sought after. Today is a time to recognise their efforts and their contribution to thriving regional communities, the national economy and a better way of life for all.”

Message to government and media

The driving force behind the establishment of National Ag Day was Hancock Prospecting and S. Kidman head, Gina Rinehart.

In a speech she will deliver in Canberra tonight, Ms Rinehart said the day was about the whole agricultural industry, and all of the 130,000 businesses which risked their own money and livelihoods to contribute so much to Australia.

“And it’s about the 1.6 million Australians who contribute their working lives to this important industry. Today is a day to cheer-on all those who work in these industries, and to remind those in government and media of how much more difficult things would be if it weren’t for the contribution of our agriculture industry, and the many related jobs and industries that depend upon the sustainability of Australian agriculture.”

“The fact is around 16pc of Australia’s private sector workforce is based in agriculture or its related industries. Every year each Australian livestock producers and farmers provide enough food on average to feed 400 other Australians, and export enough food to feed around 600 people living overseas,” Mr Rinehart said.

Here’s ten farm facts* that may be useful for any ag sector stakeholder’s ‘elevator speech’ when interacting with the broader community today….

Farmers care for 48pc of the Australian landmass. As such, they are at the frontline in delivering environmental outcomes on behalf of the broader community.

Agriculture has more than halved its Green House Gas emissions in the past 20 years. Australian primary industries have led the nation in reducing GHGs – a massive 63pc reduction between 1996 and 2016.

Last year, Aussie farmers invested $334 million in research through the RDC model. Innovation is vital to the growth, profitability and sustainability of Australia’s rural industries. ABARES calculates that a $1 public investment in RD&E leads to $12 in community benefits generated by farmers in the long-term.

One in every seven export dollars Australia earns is from farm produce. Food and fibre exports account for over 15pc of all goods and services exports

The sophistication of Australia’s agricultural land management continues to increase, with ongoing reductions in the intensity of agricultural chemical use, more careful use of fertilisers and more flexible approaches to grazing management to reduce erosion and increase productivity