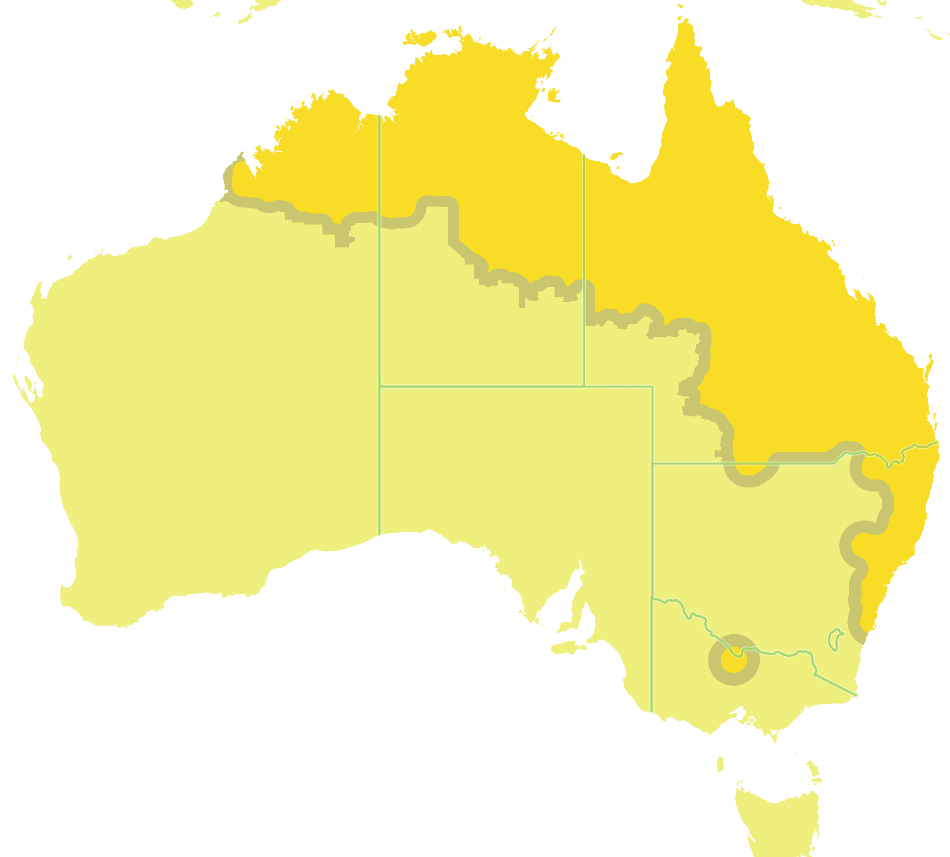 AGRICULTURE Victoria is testing cattle around Echuca in northern Victoria for signs of bluetongue virus after detecting evidence of past BTV exposure in some dairy heifers.

Part of northern Victoria has been designated as a bluetongue virus (BTV) zone for the next 30 days, after evidence of past exposure to the virus was detected in seven 12 month-old dairy heifers among a mob of 40.

The area near Echuca consists of a Zone of Possible Transmission of 50 km and a further Buffer Zone of 50 km, around the property of detection, which will remain in place whilst surveillance activities are undertaken.

Bluetongue is a viral disease of livestock spread by flying insects known as midges. All ruminants are susceptible, including cattle, sheep, goats, buffalo, camelids and deer. BTV does not spread rapidly, as it is not spread directly from animal to animal.

The detection of antibodies indicates previous exposure to BTV in the dairy cattle. The cattle were not showing signs of clinical bluetongue disease and no virus was detected in the animals’ blood. Clinical bluetongue disease has not been recorded in any livestock species in the field in Australia, with the exception of two minor incidents in sheep in Darwin in 1989 and 2001.

Agriculture Victoria said whilst BTV is endemic in northern Australia, Victoria, along with the rest of southern Australia, it has previously been classified as being free of BTV. This has provided the live export sector with access to overseas markets requiring assurance of BTV freedom.

Under the changes, cattle and other livestock species situated in the zone will not comply with import conditions of countries requiring assurance of area freedom from BTV. There are no changes to conditions for moving cattle from this zone to other parts of Victoria, or elsewhere in Australia.

Victoria’s Chief Veterinary Officer Dr Charles Milne said Australia has experienced 12 of the 26 strains of bluetongue virus circulating worldwide, but transmission has been limited to north of Australia and other than two very small instances, no clinical symptoms have been confirmed.

“Our experience has shown us that the (BTV) strains we have in Australia do not cause clinical disease.

“However, whilst cattle are the amplifiers of the virus, the sheep tend to be the species that show clinical symptoms if it is there,” Dr Milne said.

“In terms of what the implications are for sheep producers in Victoria, that is what we are trying to find out at the moment.”

Dr Milne encouraged all Victorian producers to co-operate with Agriculture Victoria to “get the answers we need as quickly as possible to move forward,” but the investigations did not involve sheep flock surveillance at this stage.

“We’ve got this evidence of seven cattle that have shown very strong serological evidence that they have been exposed to disease and we are investigating that in a number of ways,” he said.

Dr Milne said the heifer owner’s statement that the heifers are Victorian bred is being investigated so Agriculture Victoria understood the origin of the animals.

“The second thing we are doing is undertaking intensive surveillance in the 5 kilometre radius around the farm of interest so that we can see if there has been any spread or potentially if there has been an introduction onto another farm that has spread to this particular premises.”

The surveillance of 98 cattle herds in the Echuca area will be done over three weeks from today, to inform the longer term BTV status of the area, he said. This will also involve midge traps to determine their species, what livestock they are feeding on and whether they are the infected with BTV virus.

“The purpose of the surveillance is to identify the potential source of the virus and determine if local spread of this insect-borne disease has occurred.

“Agriculture Victoria staff will be contacting producers in the area to seek their assistance and make arrangements for on-farm sampling of cattle,” Dr Milne said.

“Both the zone and surveillance activities are essential for providing assurances to our international trading partners, and supporting Victoria’s, and Australia’s, valuable live animal export industry.”

Routine pre-export testing initially found antibodies in the dairy heifers’ blood, which was subsequently confirmed by CSIRO’s Australian Animal Health Laboratory. There is no risk to humans from BTV, nor is there any food safety issue associated with livestock products, Agriculture Victoria said.