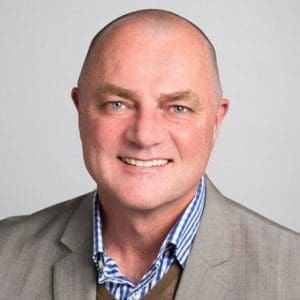 “The costs of operating an international integrity scheme are not insignificant, but under AWEX operation will be low and shared between buyers and sellers.”

He said the subscription fee model plan was raised before brokers, exporters, processors and growers at forums and meetings during the recent Australian Wool Industries Secretariat’s Wool Week in Melbourne. The structure has not been finalised, but will be released to members shortly.

“The main thing we wanted to do was to give the industry a heads-up, and give people a chance to provide feedback face-to-face.”

SustainaWOOL builds on the foundations of the Australian National Wool Declaration and AWEX’s wool classing standards and appraisal services, and covers a wide array of farm management and sustainability practices with potential to encompass biosecurity and full bale traceability through AWEX’s eBale technology.

“We’re getting one or two applications per day.

“What has unfolded in the market over the past two weeks doesn’t seem to have affected in any way negatively the interest in growers declaring their sustainability credentials.

“As this scheme takes on a national platform, we want to make sure that people are aware that it is not just a superfine Merino system; everyone that produces wool, that is professionally classed, can declare their flock’s mulesing and pain relief status, and pass an audit, is entitled to take part,” he said.

“There is no basis for segregation on a micron basis or breed – it is open to all.”

A multiplicity of competing integrity schemes

He said there was a real interest in Australia addressing the issue of the multiplicity of competing schemes such as Textile Exchange’s Responsible Wool Strategy, Authentico and ZQ Merino.

“Many of them are private schemes and the Australian industry had an opportunity to develop and operate an industry-owned system which is comprehensive, which has international relevance, in terms of grower declarations and processes that operate across national borders.”

SustainaWOOL also addresses the challenge of the industry’s stewardship of sheep, he said.

“It is one of greatest advocacy challenges.

“There is a lot of interest and support for that to occur and a lot of concern that we will remain fragmented and no-one will win.”

Dr Swan said SustainaWOOL has been externally reviewed and shown to have a wider scope than the RWS.

“It covers all of the same broad aspects of production that RWS covers.

“However, in addition it builds on the NWD platform and then uniquely, the classer training and accreditation appraisal processes that occurs,” he said.

“The quality and the preparation aspects of the trade, including what you pack the wool in, is considered an important part of the sustainability and quality attributes of wool.”

AWEX’s SustainaWOOL program is being designed to integrate with the systems AWEX already offers to the Australian wool market, including WoolClip. But the aim is also to extend its coverage beyond wool quality and preparation, animal welfare, land and farm management to biosecurity and traceability, by linking through Property Identification Codes, the National Livestock Identification System and AWEX’s proposed eBale system, unique electronic bale identification, to other AWEX national integrity programs.

“Very soon the industry will be in a position where we have the full electronic traceability of each individual bale back to an individual farm or Property Identification Code with the documented chain of custody, which is necessary,” Dr Swan said.

“One only has to look to South Africa and the issues (Foot and Mouth Disease) that they have been dealing with.

“These are things that are better dealt with before the event occurs,” he said.

With its boosted scope, Dr Swan agreed that SustainaWOOL would reduce the risk or opportunity for the false certification of Australian wool from mulesed flocks as non-mulesed wool. The improved traceability provided by electronic bale identification would remove that opportunity, he said.

“The buyers and exporters will be able to transact their products with an AWEX SustainaWOOl certification.

“One of the things we hope to move to quickly is the opportunity where our post-farm gate supply chain partners work with us to help implement this issue and people further down the pipeline will be in a position to readily identify who is actually working with AWEX and who is able to transact or provide access to AWEX certification,’ he said.

“To that end AWEX is going through an ISO certification process.

“It is very important for the reasons you have mentioned that whatever we offer to the buyers and the brands and retail sector is credible, is traceable and has that integrity built into it so we protect Australia’s wool reputation.”