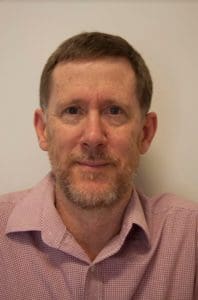 THE long-term sustainability of Western Australia’s sheep flock will be in focus when livestock export industry stakeholders gather in Perth next month for the LIVEXchange 2017 conference.

Leading the discussion at the annual conference on November 15-16 will be Livestock Dynamics principal Kimbal Curtis, a former Department of Agriculture and Food (WA) researcher, with more than three decades’ experience in the state’s sheep and wool industry.

Mr Curtis will ask, “What would it take to turn the production tide?” in painting the picture of WA’s sheep flock, which has declined from 40 million head in 1990 to less than 14 million head today.

“As wool production and sheep numbers have declined in WA over the years, my work has involved tracking these changes and understanding their impact on production,” Mr Curtis said.

“It’s not just about the decline in the flock size, the whole structure of the industry has changed.

“From what was predominantly a wool-oriented industry, today, sheep meat and live export play a central role in a profitable sheep industry.

“Interpreting these changes is vital to understanding what is driving sheep productivity trends now and into the future,” he said.

WA’s sheep flock is mostly located in mixed farming regions alongside broadacre cropping, and generates $513 million annually from sheep meat, including live export. The majority of Australia’s live sheep trade, which in 2016/17 exported 1.8 million head at a value of $233 million (FOB), is derived from WA and shipped via Fremantle for markets in the Middle East.

“More than three quarters of Australia’s live sheep exports are sourced from WA and the supply chains connecting WA producers with the Middle East go back more than half a century,” Mr Westaway said.

“As live exporters and producers look to consolidate existing markets and open-up new trade into markets like Saudi Arabia, supply from the farm-gate will be critical in upholding Australia’s  reputation as a reliable exporter of high quality, healthy sheep.”

LIVEXchange 2017 will be held at Crown Towers, Perth, and is expected to attract more than 400 stakeholders including producers, exporters, research scientists, industry representatives, political leaders and commercial investors from Australia and overseas.

The conference will showcase the livestock export sector as a professional and highly modernised industry which is delivering jobs, prosperity and growth to regional Australia, with a strong future based on a reputation of reliability, consistent quality, and a firm focus on animal welfare.

For further details or to register for LIVEXchange 2017, visit: www.livexchangeconference.com.au