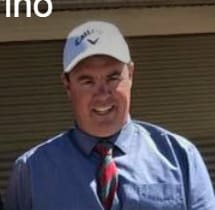 SOUTH Australia’s peak stud Merino stud breeder body, Merino SA, has come out in support of Australian Wool Innovation’s recommended 2017 election candidates in a clear call for maintenance of the AWI board status quo on marketing, mulesing, research and development, and pest control.

The Merino SA letter came out after a personal letter from Mr Merriman that also backed three candidates recommended to AWI shareholders by the levy body’s board selection committee.

In the Merino SA letter, Merino SA president Ian Michael also urged breeders to support South Australian candidate James Morgan. He said Mr Morgan would be happy to hold or cast proxy votes at the AWI annual general meeting on November 17. The other election candidates, current director Paul Cocking and wool broker/grower Don Macdonald, were not mentioned in the letter.

Mr Michael also said breeders should support the AWI board and management’s role in the industry’s success.

“Our industry is enjoying very strong and buoyant demand for our meat and wool products, which has reflected itself in strong demand for the rams we supply to clients both in South Australia and nationally.

“We should enthusiastically support the role of the current board and management of Australian Wool Innovation in achieving this success,” he said.

Mr Michael said the current AWI board “has delivered strong, decisive and stable leadership” and delivered a “clear direction for the industry in terms of marketing, mulesing, research and development activity, pest control and further industry development.”

“Following a succession of chairmen and chief executive officers prior to 2010 we now have a capable and stable team of leaders.

“This has resulted in a very competent management team under the leadership of CEO Stuart McCullough,” Mr Michael said.

“As a result of this stability, we, the shareholders, and our customers enjoy a high degree of certainty and confidence in our marketing and industry management programs.

“This is something we have not experienced in nearly 30 years,” he said.

Mr Michael said the proposed introduction of the Wool Exchange Portal will bring many benefits to growers and customers.

“Merino SA support the direction taken by AWI in recent years and urge you to consider voting for the board preferred candidates as selected by the Board Nomination Committee as per their recommendation:

“The committee believes that Colette Garnsey, James Morgan and Will Wilson are the candidates who, if appointed, would result in the board having the best balance of director competencies.  “They are recommended to shareholders on that basis,” he wrote.

“Please remember that our strong and prosperous industry gives you the right to vote for your leaders!

“Do not ignore the opportunity to have your say and speak to your friends and clients and encourage them to do the same.”

Mr Michael told Sheep Central that Merino SA was not concerned that the industry might lose its stable leadership, but just wanted to let its members know the election was on and to consider the candidates and vote.

Referring to media coverage of the recent Senate Estimates hearing and incidents involving AWI chairman Wal Merriman observing breeders behind a one-way mirror in a focus group and swearing at an ABC journalist, Mr Michael said there had been “a bit of bad publicity”.

“We all understand there has been a bit of bad publicity in the last three weeks, but we want them to remember to vote and that the industry is in a terrific state.

“Perhaps we have stumbled over a small little hurdle and obviously our chairman has apologised,” he said.

While recognising that wool supply is down and demand is up, with Wally Merriman as AWI chairman and Stuart McCullough as CEO, the industry has “really moved forward,” Mr Michael said.