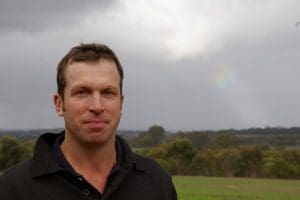 UPTAKE of a horn-poll DNA test for Merino rams has boosted industry-wide farmer health and safety and animal welfare, according to the Sheep CRC.

The Cooperative Research Centre for Sheep Industry Innovation or Sheep CRC said number of polled Merino rams has spiked dramatically since the introduction of DNA testing, as producers embrace the workplace safety and animal welfare benefits of hornless sheep.

New data shows the number of polled rams sold and the volume of semen sales from polled rams began growing dramatically at that time, as producers sought out breeding stock that were safer and easier to handle than their horned equivalents.

“A lot of poll rams are carriers of the recessive horn gene, so the genomic test was essential to driving this change in the Merino industry.”

The test for the horn gene is based on a set of markers that are close to the gene and when using PP tested rams there is a 97 percent probability that male progeny will be free of horns and a 99pc probability for female progeny.

DNA technology makes the farm safer for workers and animals

Western Australian mixed farmer Rob Egerton-Warburton is a participant in the Merinotech breeding group, which took the decision to embrace pure-polled genetics in 2014 and since then has almost completely removed the horned gene from its flocks.

“We made the decision to transition to a polled flock once the technology became available and we could be sure that the genetics we were selecting weren’t going to take our flocks backwards or retain any horned genes – before DNA testing that transition would have been a hit-and-miss,” Mr Egerton-Warburton said.

“The DNA testing for horn-poll and a range of other genetic traits has been the key making that transition without too much disruption to our breeding program.”

The technology has also made the farm a safer place for both workers and animals, he said.

“From an OH&S point of view, polled rams are much easier to handle in the race and this is really important for the safety of our workers and for our animals at a time when finding experienced stockmen is quite difficult,” he said.

“While we still see some flystrike as a result of polled rams fighting and opening each other up, the damage is nothing like what it was with horned rams in the flock. In the past we had to keep our horned rams apart from the polled rams because they had such a significant advantage when they fought – now our rams are left to their own devices.

“We also used to have to remove the tips of the rams’ horns each year – that was a terrible job. And rams used to get caught in the fence with their horns and it wouldn’t take long on a hot summer’s day for them to lose their life. We’ve been able to transition away from all of that very quickly through DNA testing.”

More information is available at www.sheepcrc.org.au.