Should cruelty footage be reported immediately? Activists target Back bill 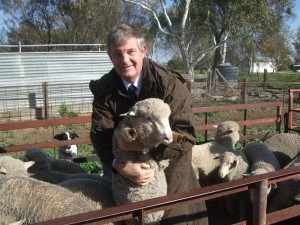 Should the animal rights groups responsible for uncovering damning evidence of live baiting cruelty in the greyhound industry last month have reported the footage to authorities as soon as they received it?

Or was it fair that they held the footage back for weeks and possibly months in order to obtain more undercover evidence at other training facilities, knowing more animals were likely to be exposed to similar cruelty until authorities were ultimately alerted?

This polarising question is at the heart of a debate surrounding a new bill recently tabled in Parliament by WA Liberal Senator and career veterinarian Dr Chris Back.

Senator Back’s bill proposes amendments to the Federal Criminal Code that would make it an offence not to report images or footage showing the mistreatment of animals within one business day of obtaining the evidence, and not to present the images/footage to authorities within five days.

Dr Back said the bill is designed to protect legitimate animal enterprises from illegal interference, and to reduce malicious cruelty to animals by ensuring documented cases of mistreated are acted upon immediately.

However the Bill has become the focus of a targeted opposition campaign by four animal rights groups, Voiceless, Animal Liberation, Animal Welfare League Australia and Compassion in World Farming, who say it will prevent future cases like the greyhound controversy from being unearthed. A scanned copy of the advertisement in yesterday’s edition of the Australian. Click on image to view in larger detail. Full text is republished at the bottom of this article.

The groups yesterday invested in a national newspaper advertising campaign which calls on Australian citizens to express opposition to the Bill while the window for public comment is open.

The four groups claim that if the Bill is passed, it will serve to protect perpetrators of animal cruelty by stifling undercover investigations and reducing the capacity of investigators to gather the evidence required to build a case.

“Under this Bill, the recent expose of animal cruelty within the greyhound racing industry would have likely been a criminal act,” the advertisement, which takes the form of an open letter to the Australian public, reads.

“From an animal welfare perspective, the operation of this proposed Bill is backwards: It could target undercover investigators and whistleblowers who expose illegal acts of animal cruelty, rather than the perpetrators of that cruelty. Colloquially known as ‘ag-gag’, in our view this Bill has nothing to do with animal protection.” (The full text of the letter is copied below).

Back responds in Senate

Senator Back rose in the Senate last night to speak against the groups, saying he was not surprised to see animal activists launch a “vitriolic attack” against him and his legislation.

He told the Senate that nothing in his Bill prevented a person from acting legally in any way at all.

“Once a person has presented that material, together with the evidence, they can go to the media and continue to collect more evidence.

“In fact, nothing at all under this bill prevents a person from carrying on in a legal, lawful way to gather more information, to go to the press or to do whatever they want to do—contrary, unfortunately, to the vitriol and the stupidity which have been visited upon me.”

Senator Back said the RSPCA’s annual reports showed that nationally it was receiving more than 50,000 complaints about animal cruelty per year, or more than 1000 per week. However, despite the huge number of complaints, only a few hundred convictions were being successfully achieved each year.

“I am bringing legislation into this place so that the visual images of that particular cruelty would be made available to authorities so that they might be able to get on top of the issue,” he told the Senate last night.

In a letter sent to his Parliamentary colleagues explaining his bill yesterday, Senator Back said it would empower authorities to act swiftly on animal welfare complaints, to ensure no further cruelty occurs and to prosecute the perpetrators if proven.

“Nothing in the Bill prevents a person from continuing to gather evidence of suspected cruelty or to present their concerns and evidence to the media or anyone else.

“As a veterinarian, I am as appalled as anyone else in the community when animals are subject to malicious cruelty.

“This Bill will give people the incentive to report the cruelty without delay in order for the authorities to investigate and end the cruelty immediately. The Bill does not censor or restrict the media, media coverage or any person in any way.”

He said the second part of the Bill was directed at anyone who “intimidates, threatens or attacks a person or people associated with operating a lawful animal enterprise. It also prohibits trespassing onto or vandalism of such enterprises”.

“Such actions are criminal in nature, invade the privacy of affected persons and can place animals at risk from a welfare, biosecurity, health and safety point of view.

“The motives of many animal activists are clear by their own published statements.

“Many want to see the end of Australia’s livestock industries and oppose any form of animal production.”

An Open Letter to the Australian Public

Alarmingly, a dangerous new bill has been introduced into the Senate that will, in our opinion, stifle such investigations into how major animal industries operate in this country.

This Bill could have significant ramifications for animals on factory farms, puppy farms and potentially in other animal industries such as greyhound racing.

Specifically, Liberal Senator Chris Back has put forward a Bill which imposes criminal penalties on anyone who records evidence of malicious cruelty without reporting this to authorities within one business day. This Bill is now open for public comment.

The mandatory reporting requirements under this Bill reduce the capacity to gather evidence and build a case. It also has the potential to characterise incidents of malicious animal cruelty as ‘one offs’.

Under this Bill, the recent expose of animal cruelty within the greyhound racing industry would have likely been a criminal act.

From an animal welfare perspective, the operation of this proposed Bill is backwards: It could target undercover investigators and whistleblowers who expose illegal acts of animal cruelty, rather than the perpetrators of that cruelty. Colloquially known as ‘ag-gag’, in our view this Bill has nothing to do with animal protection.

We respectfully ask you, as Australian citizens who will be impacted by this legislation, to contact your local state and federal MPs or email the Senate Committee [email protected] with your opposition to ag gag laws by 12 March.