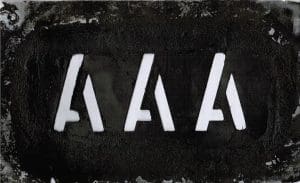 “Reports suggest knitwear wool is drawing demand at the retail end, whilst COVID is still impacting the sale of fleece wool,” he said.

In the last week of the three-week recess in physical auction selling, AuctionsPlus offered 1409 bales in its live auction sale, with the usual buyers logging in.

Merino pieces were topped by a 16.9 micron line offered by Elders and branded Manor Estates that sold for 799c/kg greasy. An 18.4 micron line of Merino bellies sold for 541c/kg greasy. This lot was branded Forest Lodge and sold by Moses and Son.

He said during the three-week physical auction break, buyers sporadically looked to the online AuctionsPlus offer board for wool, buying 144 bales. A 16.8 micron Merino lambs pieces line branded Mt Bepcha and offered by Elders sold for 836c/kg greasy. An 18 micron Merino bellies sold for 620c/kg. It was branded K/Narrawa and sold by Australian Wool Network.

Mr Rookyard said there wasn’t a huge amount of business conducted before the resumption of the physical auctions next week.

“This doesn’t bode well for the market.”

“The demand is all in that shorter section of the wool clip, because it is going into the only products that are moving.

“There is little or no demand in weaving or worsted types, which is a reflection of what is going on around the world with people not walking offices on a daily basis, I would imagine.”

Mr Lamb said the higher the Australian currency has moved during the recess, the harder business has become, because US$ prices aren’t moving up with it.

“That’s the problem we face next week, we’ve got a currency that has gone up almost four percent since auctions finished, and that’s where the trouble will be next week in the market.”

In his weekly newsletter, National Council of Wool Selling Brokers of Australia executive director Chris Wilcox said there are 45,471 bales rostered for sale next week, which is the largest weekly offering since the first week of March this year.

“It is, however, in line with previous years for the first sale after the July recess.

“Even so, it will be a challenge for the market to digest this volume of wool.”

He said the resumption of auctions comes at a worrying time with COVID-19 outbreaks in Sydney and Melbourne.